Phoenix Books to give away copies of U.S. Constitution 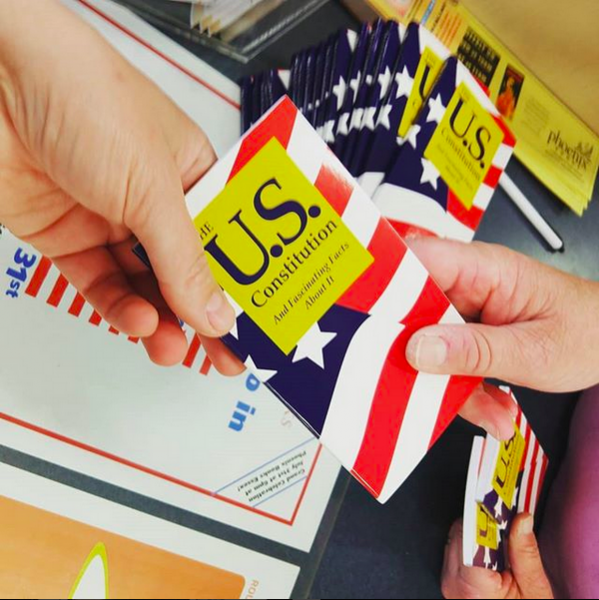 Starting this July, all four locations of Phoenix Books are giving copies of the U.S. Constitution away free to community members.

"Phoenix Books is in the business of disseminating ideas to our customers," says co-owner Mike DeSanto. "There are no greater ideas than those contained within the Constitution of the United States and the Declaration of Independence. People bandy these ideas back and forth, often without having read those documents. We think it's important to cast a ballot based on which candidates are most likely to bring the ideas embodied within those documents to their new administration. So, we're providing an opportunity to consider and make thoughtful choices in this election."

All four Phoenix Books locations are offering one copy of the Constitution per customer while supplies last. Each customer must be present to take a book, and quantities are limited. These copies are free, and no purchase is necessary.