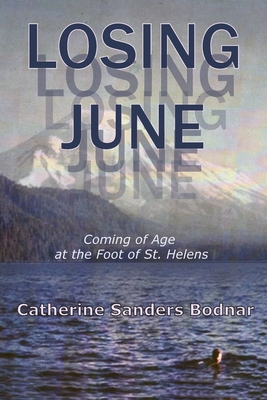 This coming-of-age thriller is part ghost story, part magical realism, and part reality. Every character has a secret. With a beautifully picturesque setting, James is tasked with finding his sister and manages to find himself as well. -Terry Persun, Author of The Right Thing

In the wild Pacific Northwest, sixteen-year-old introvert James Hart hopes to climb a volcano, maybe meet a girl, and reconnect with his estranged father in Alaska. But the summer takes a dark turn when he finds out that his father has been dead for years. en his 10-year-old sister, June, vanishes from her bunk in the middle of the night, and James pushes himself further than he ever thought he could-or should-to try and get her back. With a heavy conscience, James camps alone on Mount St. Helens in a quest for meaning, a quest that would surely have killed him, but for the ghost wolves.

Set in the foothills of Mount St. Helens in the summer of 1959, Losing June is an enlivening historical fiction that follows James on his dangerous journey from boy to man. Drawing from her own past and knowledge of Portland's criminal history in the 50s, Bodnar has created a story that reveals that life is not always a picturesque postcard. is coming-of-age story-inspired by the author's real-life brother-is entwined with a spiritual mysticism that invites its readers to ponder the questions James seeks to answer.