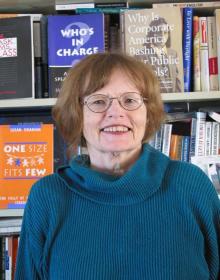 Join Onion River Press and Phoenix Books Burlington for the launch of Susan Ohanian's new book, Trump, Trump, Trump: The March of Folly, a clever and meticulously thought-out poetic rebuttal to the absurdity of the current president.

ABOUT THE BOOK: From giving his second-grade teacher a black eye to insulting the grieving parents of a military hero, the rollicking verse in this book presents a Donald Trump profile of bombast, babes, and bankruptcies. Details of Trump, his progeny and current political cohorts, characterized by greed and deceit, are verified by engrossing news accounts. The facts are grim, the humor captivating.

ABOUT THE AUTHOR: Susan Ohanian, a longtime teacher and writer, is the author of more than a dozen books on education policy and practice. Notable titles include: One Size Fits Few: The Folly of Educational Standards; Garbage Pizza, Patchwork Quilts, and Math Magic; Who's In Charge? A Teacher Speaks her Mind; What Happened to Recess and WHY are Our Children Struggling in Kindergarten?

Susan's more than 300 articles have appeared in publications ranging from Education Week and Phi Delta Kappa to The Nation, The Atlantic, and The New York Times "Metropolitan Diary." Her website of resistance to corporate intrusion into public education received The George Orwell Award for Distinguished Contribution to Honesty and Clarity in Public Language. She also received the Kenneth S. Goodman Award in Defense of Good Teaching from the University of Arizona and the Vermont Society for the Study of Education John Dewey Award. In March 2017 at her Vermont Town Meeting, Susan introduced a successful advisory motion to Impeach Trump, based on Article 1, Section 9, Clause 8 of the U. S. Constitution. 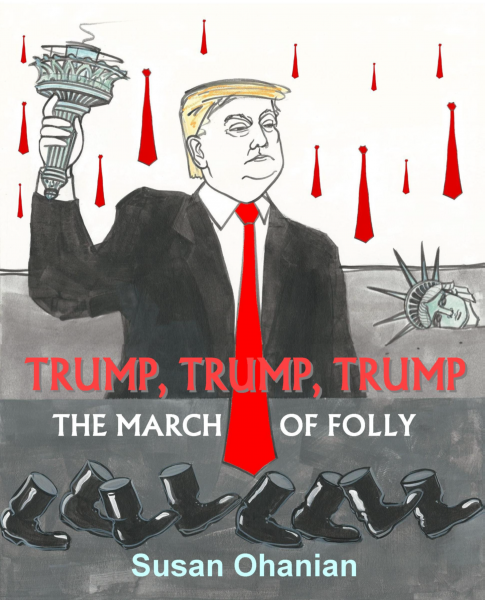