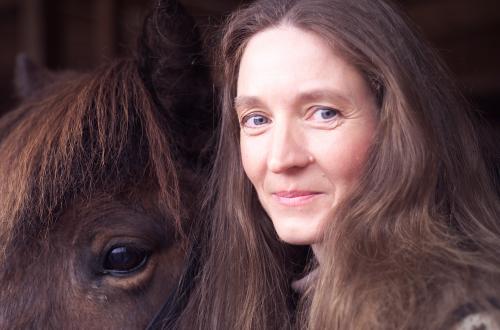 Journey into the land of the Vikings to discover the history of Norse mythology - and much of our own mythology - with Nancy Marie Brown.

Famous storytellers such as JRR Tolkien and Neil Gaiman have drawn their inspiration from the long-haired, mead-drinking, marauding and pillaging Vikings. The author who gave us Nordic mythology is a twelfth-century Icelandic chieftain by the name of Snorri Sturluson. Like Homer, Snorri was a bard, writing down and embellishing the folklore and pagan legends of medieval Scandinavia. While his stories make great reading for children, the amazing world of medieval Scandinavia has been omitted from narrative history. In Song of the Vikings, award-winning author Nancy Marie Brown brings to life the intrigue and power struggles at the court of medieval Reykjav’k that Snorri inhabited. Drawing on new and original research, her deep knowledge of Icelandic history, and first-hand reading of the original medieval sources, Brown produces a richly textured narrative of a world that continues to fascinate.

"For readers who've long sensed that older winds blow through the works of their beloved Tolkien, Song of the Vikings is a fitting refresher on Norse mythology. Without stripping these dark tales of their magic, Nancy Marie Brown shows how mere humans shape myths that resonate for centuries--and how one brilliant scoundrel became, for all time, the 'Homer of the North.' "--Jeff Sypeck, author of Becoming Charlemagne

"Nancy Marie Brown concludes her Song of the Vikings in truly constructive fashion with an absorbing essay on the reception of medieval Icelandic literature in the modern world, confirming the indelible signature of this sophisticated people on the texts of our global civilization, from Wagner and Tolkien to Thor (from Marvel Comics) and A.S. Byatt. Like her earlier The Far Traveler, on the expansive journeys of the Norse, Nancy Marie Brown's Song of the Vikings belongs in the hands of every discerning student of Western civilization."--Patrick J. Stevens, Curator, the Fiske Icelandic Collection, Cornell University Library

Nancy Marie Brown is the author of highly-praised books of nonfiction, including The Abacus and the Cross and The Far Traveler. Her work has also appeared in Loquitor, News from Iceland, The Penn Stater, Spektur, and Vermont Magazine. She is fluent in Icelandic and has deep ties to the Scandinavian cultural institutions in the US. Formerly the editor of award-winning magazine Research/Penn State, Brown lives in Vermont.

Song of the Vikings: Snorri and the Making of Norse Myths (Hardcover)

The Abacus and the Cross: The Story of the Pope Who Brought the Light of Science to the Dark Ages (Paperback)

The Far Traveler: Voyages of a Viking Woman (Paperback)