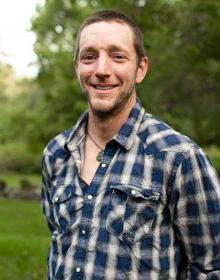 Join Sam Brakeley to celebrate the launch of Skiing With Henry Knox.

ABOUT THE BOOK:  In 2015, Sam Brakeley stood at a crossroads in his life. His long-time girlfriend was moving to Utah, with or without him, and he was torn between following her or remaining in New England with family, friends, and the land he loved. So he set out to complete the Catamount Trail, a 330-mile cross-country ski trail that runs across Vermont from the Massachusetts border to Canada. He took advantage of his time in the woods to reach a decision—and brought Henry Knox along for the trip. In 1775, Knox undertook a winter journey of similar length, retrieving dozens of artillery pieces from the recently captured Fort Ticonderoga on Lake Champlain and dragging them 300 miles through snow and cold to Cambridge, Massachu- setts, to help George Washington drive the entrenched British army from Boston. Knox, too, faced his own challenges in love, leaving behind a young pregnant wife. By exploring Knox’s eighteenth-century physical and emotional journey while undertaking his own twenty-first-century trip on the Catamount Trail, Brakeley reminds us that history has many lessons to offer the living.

ABOUT THE AUTHOR: Since 2012, Sam Brakeley has run Hermit Woods Trailbuilders, LLC, a trail construction and dry stone masonry company that performs work throughout New England. In his free time, he’s an avid skier, hiker, and canoeist who frequently “skips out on real life” for a while to go on long-distance adventures. He is a Colby College graduate, an Appalachian Trail through-hiker, and 2015 winner of the North American Wife-Carrying Championship. When he’s not on a trail, in a boat or on skis, he resides in the Upper Valley in Vermont.