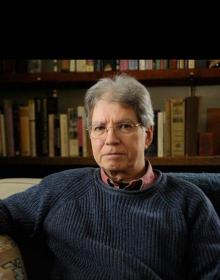 Join Rick Winston, author of Red Scare in the Green Mountains, for a discussion of this new book. Rick will be introduced by Richard Watts of the Center for Research on Vermont.

ABOUT THE BOOK:  What happened in Vermont when the anti-Communist fear known as the "Red Scare" swept the country? Quite a bit, as it turns out. Rick Winston explores some forgotten history as we see how a small, rural "rock-ribbed Republican" state with a historically libertarian streak handled the hysteria of the time. Far from the klieg lights of Washington D.C., Hollywood, and New York City, the Green Mountain state challenged the national narrative with its own fascinating stories. Here are nine of the most gripping dramas played out in Vermont during "scoundrel time," including a high-profile academic firing, controversies involving left-leaning summer residents, courageous newspaper editors who spoke out against McCarthy's tactics, and a conservative senator who helped take down Joseph McCarthy. Now, as our country again experiences a political atmosphere charged with intolerance, condemnation, and widespread falsehoods, this book could not be more timely.

ABOUT THE AUTHOR:  Rick Winston grew up in Yonkers, New York, and attended both Columbia University and University of California, Berkeley. He arrived in Adamant, Vermont in 1970, and still lives there. He started Montpelier’s Lightning Ridge Film Society in 1972. That became the Savoy Theater in 1981, which soon established Montpelier as a mecca for lovers of foreign, independent, and generally off-beat films. He is currently teaching film history in several places, including Community College of Vermont. His long-standing interest in the Red Scare era led him to become one of the organizers of the 1998 Montpelier conference, “Vermont in the McCarthy Era.”

Red Scare in the Green Mountains: The McCarthy Era in Vermont 1946-1960 (Paperback)