Join acclaimed authors Rebecca Makkai and Megan Mayhew Bergman for a discussion of their new books of short stories, Music for Wartime (by Makkai) and Almost Famous Women (by Bergman). 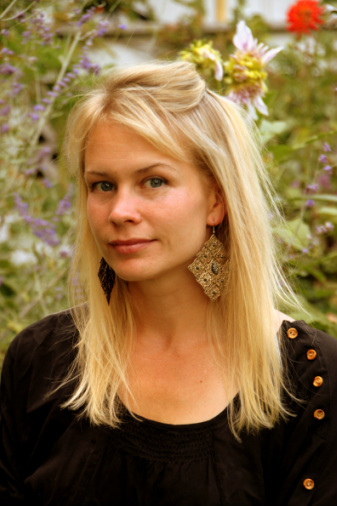 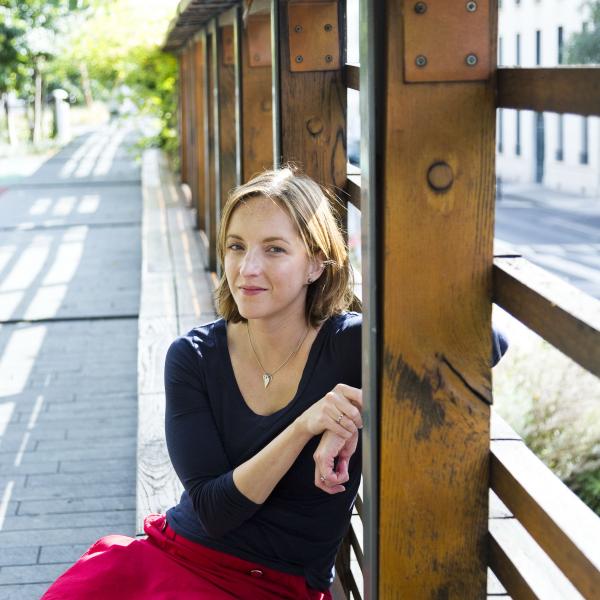 ABOUT THE AUTHORS:
Megan Mayhew Bergman (left) is the author of Almost Famous Women and Birds of a Lesser Paradise. Her work has appeared in The New York Times, The Best American Short Stories, New Stories from the South, McSweeney’s, Tin House, and Oxford American, among other publications. She lives on a small farm in Vermont with her veterinarian husband, two daughters, and many animals.

Rebecca Makkai (right) is the author of the acclaimed novels The Hundred-Year House and The Borrower, an Indie Next pick, an O Magazine Fall Reading selection, a Booklist Top Ten Debut, and one of Chicago Magazine’s choices for best fiction of 2011. Her work has appeared in The Best American Short Stories (2011, 2010, 2009 and 2008), Best American Nonrequired Reading, Harper’s, McSweeney’s, Tin House, Ploughshares, Iowa Review, Michigan Quarterly Review, and New England Review, among others, and has aired on This American Life. She lives outside Chicago with her husband and two daughters.

ADMISSION:  Tickets are $3 per person, and include a coupon for $5 off a book by Makkai or Bergman!  Tickets will be available at either Phoenix Books location starting on July 14th, and coupons expire at closing the evening of the event.

A spellbinding short story collection from a master of the form, the acclaimed author of The Hundred-Year House.

Rebecca Makkai’s first two novels, The Borrower and The Hundred-Year House have established her as one of the freshest and most imaginative voices in fiction. Now, the acclaimed writer returns with a highly anticipated collection of short stories marked with her signature mix of intelligence, wit, and heart.

A reality show producer manipulates two contestants into falling in love, while her own relationship falls apart. Just after the fall of the Berlin Wall, a young boy has a revelation about his father’s past when a renowned Romanian violinist plays a concert in their home. In an unnamed country, a composer records the folk songs of two women from a village on the brink of destruction.

Makkai has been anthologized four times in The Best American Short Stories as well as The Best American Nonrequired Reading. These wide-ranging and deeply moving stories—some inspired by her family history—will delight her many fans, as well as readers of Lorrie Moore, Jim Shepard, and Karen Russell.

The Hundred-Year House: A Novel (Paperback)

A dazzlingly original, mordantly witty novel about the secrets of an old-money family and their turn-of-the-century estate, by the acclaimed author of The Borrower.

Meet the Devohrs: Zee, a Marxist literary scholar who detests her parents’ wealth but nevertheless finds herself living in their carriage house; Gracie, her mother, who claims she can tell your lot in life by looking at your teeth; and Bruce, her stepfather, stockpiling supplies for the Y2K apocalypse and perpetually late for his tee time. Then there’s Violet Devohr, Zee’s great-grandmother, who they say took her own life somewhere in the vast house, and whose massive oil portrait still hangs in the dining room.

Violet’s portrait was known to terrify the artists who resided at the house from the 1920s to the 1950s, when it served as the Laurelfield Arts Colony—and this is exactly the period Zee’s husband, Doug, is interested in. An out-of-work academic whose only hope of a future position is securing a book deal, Doug is stalled on his biography of Edwin Parfitt, a poet once in residence at the colony. All he needs to get the book back on track—besides some motivation and self-esteem—is to access to the colony records, rotting away in the attic for decades. But when Doug begins to poke around where he shouldn’t, he finds Gracie guards the files with a strange ferocity, raising questions about what she might be hiding. The secrets of the hundred-year house would turn everything Doug and Zee think they know about her family on its head—that is, if they were to ever uncover them.

In this brilliantly conceived, ambitious, and deeply rewarding novel, Rebecca Makkai unfolds a generational saga in reverse, leading the reader back in time on a literary scavenger hunt as we seek to uncover the truth about these strange people and this mysterious house. With intelligence and humor, a daring narrative approach, and a lovingly satirical voice, Rebecca Makkai has crafted an unforgettable novel about family, fate and the incredible surprises life can offer.

From a prizewinning, beloved young author, a provocative collection that explores the lives of colorful, intrepid women in history. “These stories linger in one’s memory long after reading them” (Star Tribune, Minneapolis).

The fascinating characters in Megan Mayhew Bergman’s “collection of stories as beautiful and strange as the women who inspired them” (Kirkus Reviews, starred review) are defined by their creative impulses, fierce independence, and sometimes reckless decisions. In “The Siege at Whale Cay,” cross-dressing Standard Oil heiress Joe Carstairs seduces Marlene Dietrich. In “A High-Grade Bitch Sits Down for Lunch,” aviator and writer Beryl Markham lives alone in Nairobi and engages in a battle of wills with a stallion. In “Hell-Diving Women,” the first integrated, all-girl swing band sparks a violent reaction in North Carolina.

The world wasn’t always kind to the women who star in these stories, but through Mayhew Bergman’s stunning imagination, they receive the attention they deserve. Almost Famous Women is “addictive and tantalizing, each story whetting our appetite for more” (Atlanta Journal-Constitution).

An “astonishing debut collection, by a writer reminiscent of such greats as Alice Munro, Elizabeth Strout, and even Chekhov” (Sara Gruen, author of Water for Elephants), focusing on women navigating relationships with humans, animals, and the natural world.

Exploring the way our choices and relationships are shaped by the menace and beauty of the natural world, Megan Mayhew Bergman’s powerful and heartwarming collection captures the surprising moments when the pull of our biology becomes evident, when love or fear collides with good sense, or when our attachment to an animal or wild place can’t be denied.
In “Housewifely Arts,” a single mother and her son drive hours to track down an African gray parrot that can mimic her deceased mother’s voice. A population-control activist faces the ultimate conflict between her loyalty to the environment and her maternal desire in “Yesterday’s Whales.” And in the title story, a lonely naturalist allows an attractive stranger to lead her and her aging father on a hunt for an elusive woodpecker.
As intelligent as they are moving, the stories in Birds of a Lesser Paradise are alive with emotion, wit, and insight into the impressive power that nature has over all of us. “This is a poignant prose menagerie” (Associated Press).