Read for the Record (Rutland) 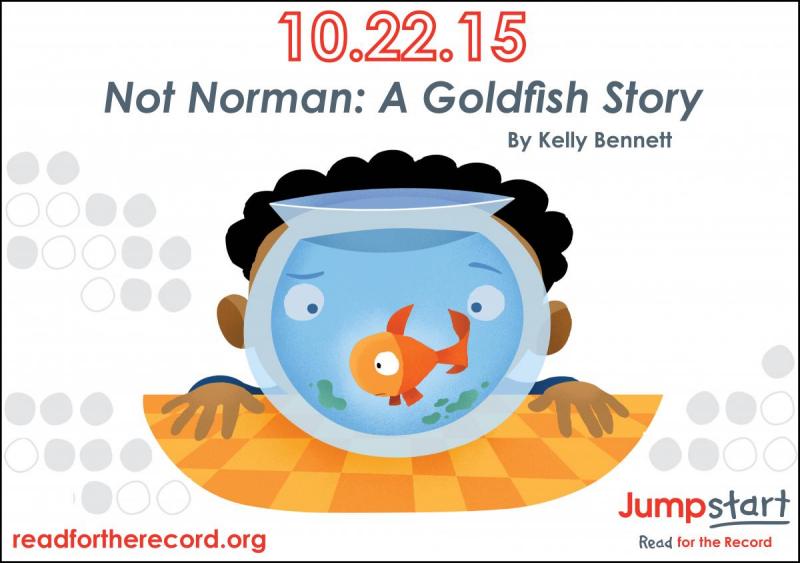 On October 22, 2015, people across the country will unite to read the children’s book Not Norman, a humorous tale about a child who finds a new friend in an unexpected place.  Join a national movement to set a new record for reading the same book on the same day!

ABOUT THE NATIONAL EVENT: Jumpstart is a national organization that works toward the day every child in America enters kindergarten prepared to succeed.  Jumpstart’s premiere national campaign, Read for the Record, mobilizes millions of children and adults to celebrate literacy by participating in the largest shared reading experience.  In 2006, Jumpstart launched the first Read for the Record campaign with the classic story The Little Engine that Could. Jumpstart began the morning of that campaign day on NBC's TODAY Show, which has become a proud tradition. Jumpstart’s supporters helped set a new record for reading the same book on the same day, and in the process, created a national forum for concerned citizens to voice their support of early education.

ABOUT THE BOOK: Norman the goldfish isn’t what this little boy had in mind. He wanted a different kind of pet — one that could run and catch, or chase string and climb trees, a soft furry pet to sleep on his bed at night. Definitely not Norman. But when he tries to trade Norman for a "good pet," things don’t go as he planned. Could it be that Norman is a better pet than he thought? With wry humor and lighthearted affection, author Kelly Bennett and illustrator Noah Z. Jones tell an unexpected — and positively fishy — tale about finding the good in something you didn’t know you wanted.

ADMISSION: This event is free and open to all ages.

Not Norman: A Goldfish Story (Paperback)