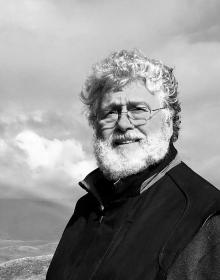 Out of an abundance of caution, we have decided to postpone all of our events/story times for the remainder of the month of March. Please check back soon for the new date for this event.

Join Stephen C. Terry for a talk on his book, Say We Won and Get Out: George D. Aiken and the Vietnam War.

ABOUT THE BOOK:
In this new book, Stephen Terry, a former staffer with Sen. Aiken details Aiken’s life and rise to prominence in the U.S. Senate – examining how his approach to politics stems from his early life as a farmer and horticulturist in Putney, Vermont. Terry draws from historical records including original recordings of Aiken and then President Lyndon B. Johnson to weave a tale that takes us through Aiken’s early life, his rapid ascendance in Vermont politics, his career as a U.S. Senator and his evolving views of the Vietnam war. This book is the first full-length biography of Senator Aiken who died about 35 years ago on Nov 19, 1984.

Terry’s research assistant on the book is Louis Augeri, a Junior/Senior dual Political Science and History major at UVM.

The book is published by the Center for Research on Vermont at the University of Vermont and White River Press.

Stephen C. Terry of Middlebury served from 1969 to  1975 as Legislative Assistant for Sen. George D. Aiden. Terry spend 16 years as a reporter and Managing Editor at the Rutland Herald where he often reported on Senator Aiken. Terry and the University of Vermont historian Sam Hand co-authored in 2004, "The Essential Aiken" a compilation of Senator Aiken's important speeches. He also wrote with Hand and Anthony Marro in 2011, "Philip Hoff: How Red Turned Blue in the Green Mountain State. "

After a long career in business and service on non-profit board of directors, Terry was named 2014 Citizen of the Year by the Vermont Chamber of Commerce. He is a 1964 University of Vermont graduate, and Chair of the George D. Aiken Lecture Series at UVM.