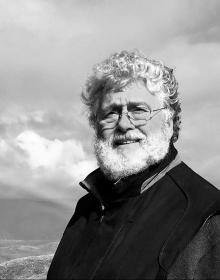 Out of an abundance of caution, we have decided to postpone all of our events/story times for the remainder of the month of March. Please check back soon for the new date for this event.

Join us for a talk on Say We Won and Get Out: George D. Aiken and the Vietnam War – the first full-length biography of Senator Aiken with author Stephen Terry. In this new book, Stephen Terry, a former staffer with Sen. Aiken details Aiken’s life and rise to prominence in the U.S. Senate – examining how his approach to politics stems from his early life as a farmer and horticulturist in Putney, Vermont. Terry draws from historical records including original recordings of Aiken and then President Lyndon B. Johnson to weave a tale that takes us through Aiken’s early life, his rapid ascendance in Vermont politics, his career as a U.S. Senator and his evolving views of the Vietnam war.

George D. Aiken, a hillside farmer and a liberal Republican Depression-era Governor, rose to national prominence as a leading GOP U. S. Senator and enduring critic of the Vietnam War from 1962-1975. Aiken's long-standing friendship with Senate Majority Leader Mike Mansfield, an unheard of political alliance in today's sharply divided Washington, forged bi-partisan opposition to the war. Aiken was neither "hawk" nor "dove", but a "wise owl" who spoke his mind forcefully and bluntly to all against the war. He advised President Johnson to declare that the U. S. won the Vietnam War and to get out. Later, Aiken told President Nixon to stop bombing in Cambodia or he couldn't be elected "dogcatcher." This is pure Aiken speaking truth to power for ending America's most controversial war, a common-sense voice that the Nation sorely needs today.

This book demonstrates that bi-partisan Senate leadership has worked in the past and must be present in order to solve urgent national problems. Senator Aiken was a catalyst for forging consensus on issues from civil rights to foreign policy by being open-minded to all ideas that would help his constituents. Aiken's philosophy was always to help people first. He never made decisions based on his party, a lost art in the current political environment. A Senator like George Aiken today would help show how to restore bi-partisanship.

ABOUT THE AUTHOR: Stephen C. Terry of Middlebury served from 1969 to 1975 as Legislative Assistant for Senator George D. Aiken. Terry spent 16 years as a reporter and Managing Editor at the Rutland Herald where he often reported on Senator Aiken. Terry and the University of Vermont historian Sam Hand co-authored in 2004, “The Essential Aiken” a compilation of Senator Aiken’s important speeches. He also wrote with Hand and Anthony Marro in 2011, Philip Hoff: How Red Turned Blue in the Green Mountain State. After a long career in business and service on non-profit Board of Directors, Terry was named 2014 Citizen of the Year by the Vermont Chamber of Commerce. He is a 1964 University of Vermont graduate, and Chair of the George D. Aiken Lecture Series at UVM.