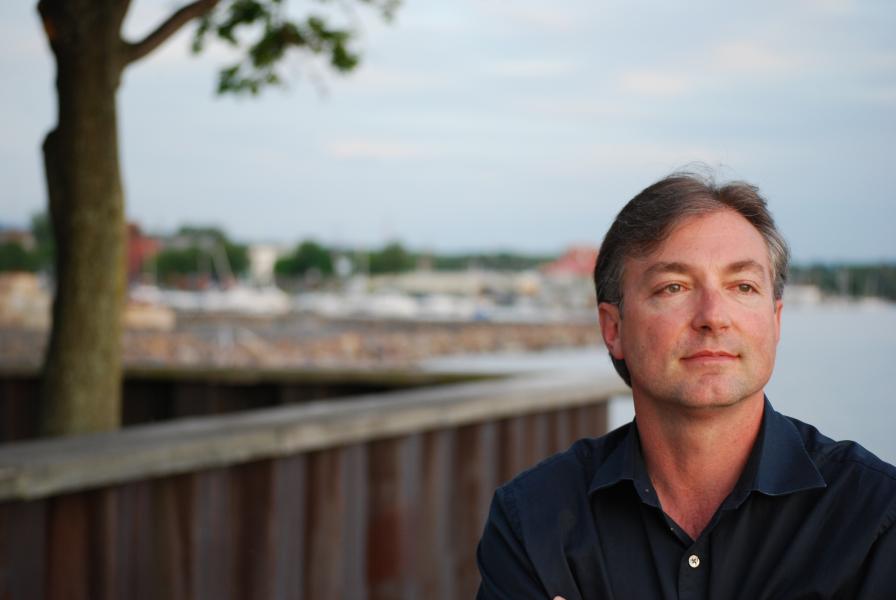 Join Philip Baruth for a talk on Senator Leahy: A Life in Scenes. This book tells the story of the blockbuster life of America's most senior senator.

ABOUT THE BOOK:  Having vaulted to a position in the United States Senate at the tender age of thirty-four, Patrick Leahy now claims the longest tenure of any member of that institution still serving—and he was third in line for the presidency when the Democrats held control. Few recent American lawmakers have watched history unfold at such close range; fewer still have influenced it so powerfully. Philip Baruth brings a thriller-like intensity to the most spectacular of those scenes: the 9/11 attack on the US capital, the contentious drafting of the Patriot Act, the ensuing anthrax attacks, and the dramatic 2014 opening of diplomatic ties with Cuba. Throughout, the biography focuses in on Leahy’s meticulous image making, his cultivation of a “Top Cop” persona both in the media and at the ballot box. It is an approach that culminates in simultaneous roles for the lawmaker as chair of the Senate Judiciary Committee and as the tough-talking “distinguished gentleman” in Christopher Nolan’s acclaimed Dark Knight trilogy of Batman films. Leahy’s improbable success, Philip Baruth argues, in the end lies in his ability both to be and to play the top cop not only in post-Watergate Vermont, but in a post-9/11 America viciously divided between the red states and the blue.

“The book highlights three unique and unusual aspects of Leahy’s career: his status as the first (and still technically the only) Democratic senator elected from Vermont, his role as an anthrax target after the September 11 attacks, and his multiple appearances in Batman movies, recordings, and comic books. Baruth neatly shows how these distinct aspects of Leahy’s career all equally illuminate Leahy’s character. . . . Baruth’s biography brings Leahy’s long string of accomplishments to life in clear detail.”—Publishers Weekly

ABOUT THE AUTHOR:  Philip Baruth is a professor of English at the University of Vermont and served as the majority leader of the Vermont Senate from 2012–2016. An award-winning commentator for Vermont Public Radio for a dozen years, he is the author of two acclaimed novels, The X President and The Brothers Boswell.