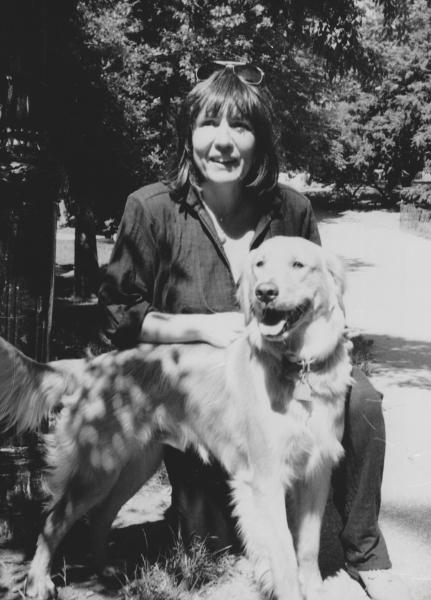 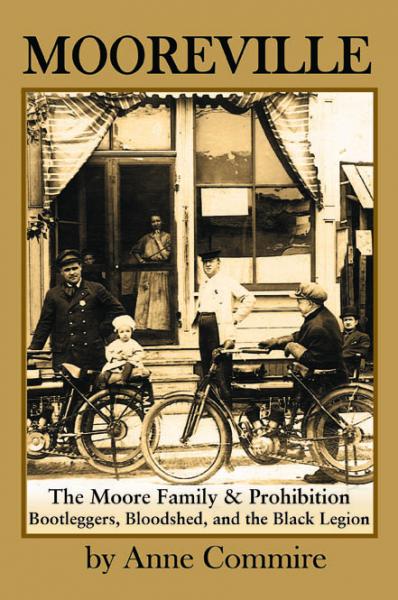 Join Onion River Press in celebrating the posthumous publication and launch of Anne Commire's Mooreville, the story of Anne's family during Prohibition and the Depression, an epic work brought to the public by long-time family friend and editor, Gail Schermer.

ABOUT THE BOOK: George Moore was first a barber and Justice of the Peace, then Chief of Police in Ecorse, Michigan, directly across the Detroit River from Windsor, Ontario. Over 80% of the illegal beer and liquor that entered the United States from Canada came directly into his town.

How does George enforce the law among friends when bootlegging is one of the only jobs available to feed a family, and his own son may be involved? And, as Ecorse experiences gangland shootings, bombings, and mysterious murders, is Chief Moore himself becoming a target of the Black Legion, a little-known Klan-like organization which threatens and kills throughout Ohio and Michigan?

After their mother dies a lingering death from tuberculosis, how do George's six daughters cope when he marries the controlling schoolteacher whom they all dislike?  This, just when their father is preoccupied with crimes making the daily newspapers? Exhaustively researched to accurately reflect the era, all of the events described in this book happened as described. Commire's wit and delicious language bring this often hilarious, occasionally tragic, story to life.

ABOUT THE AUTHOR: In a long career which included both screenplays and non-fiction, Anne Commire won four O'Neill drama awards and the prestigious Dartmouth Medal from the ALA for her ground-breaking, 17-volume encyclopedia, "Women in World History." Her 1990 book, a biography of Mariette Hartley, "Breaking the Silence," was a Book-of-the-Month Club Alternate Selection and became a best-seller.

A NOTE ABOUT THE EDITOR: Gail Schermer was Anne's long-time friend and part-time editor. They met in college in the 1960s and their lives were entwined both personally and professionally ever since. When Anne passed away in 2012, she left to Gail and Gail's husband, Bob, all the materials for finishing and seeing Mooreville to publication.