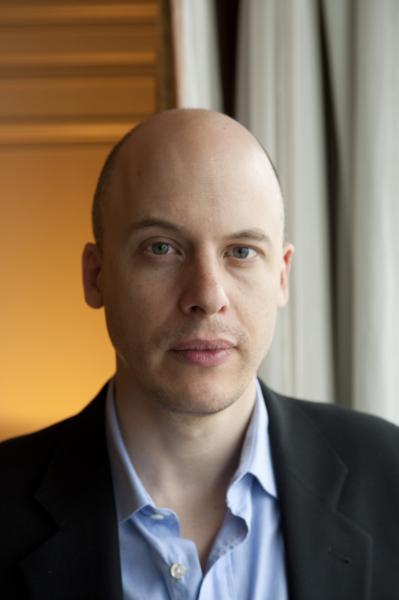 ABOUT THE AUTHOR:  Lev Grossman is the author of the New York Times bestselling novels The Magicians, The Magician King, and The Magician’s Land. The New Yorker named The Magicians as one of the best books of 2009. In 2011 Grossman was awarded the John W. Campbell Award for Best New Writer by the World Science Fiction Society. Grossman is also the book critic at Time magazine, and he has written about books and technology for the New York Times, Salon, the Wall Street Journal, Wired, Lingua Franca, the Village Voice and the Believer, as well as NPR. He lives in Brooklyn with his wife and three children. He's 43, slightly built and probably wouldn't last long in a post-apocalyptic, eye-for-an-eye world.

ABOUT THE BOOK:
#1 NEW YORK TIMES BESTSELLER
A NEW YORK TIMES NOTABLE BOOK OF THE YEAR
ONE OF THE YEAR’S BEST BOOKS
The San Francisco Chronicle • Salon • The Christian Science Monitor • AV Club • Buzzfeed • Kirkus • NY 1 • Bustle • The Globe and Mail
The stunning conclusion to the bestselling Magicians trilogy

Quentin Coldwater has been cast out of Fillory, the secret magical land of his childhood dreams. With nothing left to lose he returns to where his story began, the Brakebills Preparatory College of Magic. But he can’t hide from his past, and it’s not long before it comes looking for him.
Along with Plum, a brilliant young undergraduate with a dark secret of her own, Quentin sets out on a crooked path through a magical demimonde of gray magic and desperate characters. But all roads lead back to Fillory, and his new life takes him to old haunts, like Antarctica, and to buried secrets and old friends he thought were lost forever. He uncovers the key to a sorcery masterwork, a spell that could create magical utopia, a new Fillory—but casting it will set in motion a chain of events that will bring Earth and Fillory crashing together. To save them he will have to risk sacrificing everything.

The Magician’s Land is an intricate thriller, a fantastical epic, and an epic of love and redemption that brings the Magicians trilogy to a magnificent conclusion, confirming it as one of the great achievements in modern fantasy. It’s the story of a boy becoming a man, an apprentice becoming a master, and a broken land finally becoming whole.

ADMISSION:  Tickets are $3 per person, and include a coupon for $5 off a book by Lev Grossman!  Tickets will be available at either Phoenix Books location starting on June 9th, and coupons expire at closing the evening of the event.