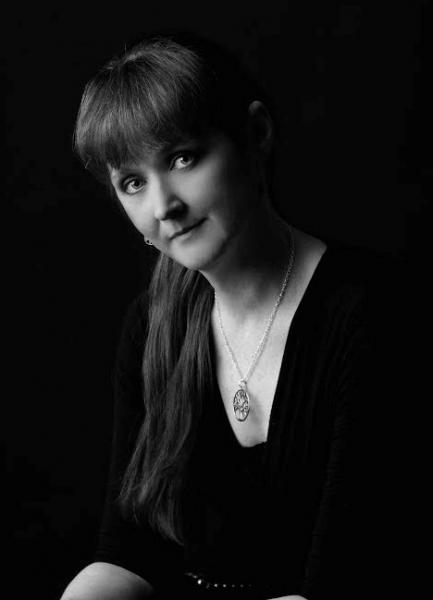 Join Laurie Forest to celebrate the launch of The Iron Flower! Laurie will be bringing blue flower cupcakes, and blue flower tattoos for anyone wearing blue! (While supplies last.)

ABOUT THE BOOK:  In this magical sequel to The Black Witch, Elloren Gardner must embrace a power she never knew she had to hold back the dark forces sweeping across Erthia.

Elloren Gardner and her friends were only seeking to right a few wrongs when they rescued a Selkie and freed a military dragon. The last thing they expected was to be thrust into a realm-wide underground resistance against Gardnerian conquest. While the Resistance struggles to fight back against the harsh rulings of the Mage Council, more and more Gardnerian soldiers descend upon the University…led by none other than Lukas Grey, now commander of the nearby military base. Though Elloren tries to keep him at arm’s length, Lukas is determined to tie himself to her, still convinced that she is the next Black Witch, the destined vessel for a magic that will decide the future of all Erthia. As his own magic calls out to her, seeking to awaken a dark force within, Elloren finds it more and more difficult to believe that she’s truly powerless, as her uncle always claimed. Caught between her growing feelings for the rebellious Yvan Guriel and the seductive power offered by Lukas, Elloren must find a way to stay true to what she knows is right and protect everyone she loves…even if that means protecting them from herself.

ABOUT THE AUTHOR:  Laurie Forest  lives deep in the backwoods of Vermont, where she sits in front of a woodstove drinking strong tea and dreaming up tales full of dryads, dragons and wands. She is the author of The Black Witch Chronicles, including The Black Witch, The Iron Flower and the prequel e-novella Wandfasted.

ADMISSION: Proceeds from ticket sales will go to the Vermont Foodbank.  Your $3 ticket comes with a coupon for $5 off a copy of the featured book.  Coupons expire at closing the evening of the event.
Free for attendees under 18.