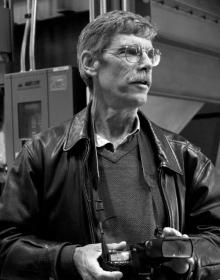 Phoenix Books welcomes photographer Kevin Bubriski to our Zoom Channel for a discussion of his latest book, Our Voices, Our Streets:  American Protests 2001-2011.

ABOUT THE BOOK:  The American street has always been the ultimate public venue for political and cultural expression. This collection of images by Kevin Bubriski covers a decade of American street protest that began on January 20, 2001 with the inauguration of George W. Bush and ended with Occupy Wall Street in October of 2011.

The crowds in the street at the 2001 inauguration made it clear America was at a difficult and defining moment after a contentious election. Following the inauguration of 2001 and the tragedy of 9/11, the American streets- as they have been since the country's founding-became the setting for numerous memorials and vigils, parades, and protests.

These photographs chronicle events in New York, Washington, D.C., and Vermont. The gatherings were large and sometimes small, and in both cases usually unnoticed by the mainstream media. These street portraits show a diversity of Americans: veterans, families of men and women on active duty, families of the victims of the 9/11 tragedy, parents of U.S. servicemen and women killed in the Iraq War, security personnel, police, Muslim Americans, anti-war activists, disenfranchised minorities, and anarchist youth. The common denominators that unite these images are the lens of the Hasselblad camera and the public stage of the American streets.

ABOUT THE AUTHOR/PHOTOGRAPHER: Kevin Bubriski’s fine art photography is in the permanent collections of the Museum of Modern Art, Metropolitan Museum of Art, San Francisco Museum of Modern Art, and Bibliothe`que Nationale, Paris, and he is the recipient of Guggenheim and NEA fellowships. Bubriski’s books include Portrait of Nepal (Chronicle Books, 1993), Pilgrimage: Looking at Ground Zero (powerHouse, 2002), Look into My Eyes: Nuevomexicanos por vida 1981-83 (Museum of New Mexico Press, 2016), and Legacy in Stone: Syria Before War (powerHouse Books, 2018). His retrospective monograph Nepal 1975- 2011 was published by Radius Books and the Peabody Museum Press of Harvard University in 2014. From 2016–2017 Bubriski was a Senior Scholar Fulbright Fellow in Nepal, where he pursued his photography in Nepal’s remotest regions. Bubriski lives with his wife in Vermont.

Please scroll down and read all registration information before registering.

Registration is free, but book purchases are welcomed and appreciated--thank you for supporting our author!

You must register on this page to attend the event. The event will stream on Zoom. You will receive an email with the Zoom link after registering. If you don't receive a confirmation email after registering today, contact us right away so we can check for problems now.

Purchase a signed/personalized copy of Our Voices, Our Streets, from HERE.