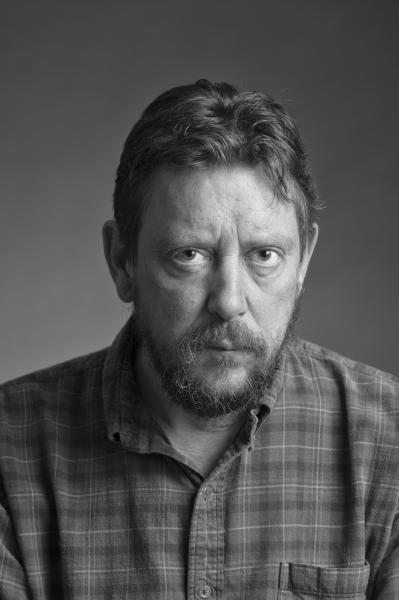 Join Jeffrey Lent for a discussion of his novel, Before We Sleep.

ABOUT THE BOOK:  Katey Snow, seventeen, slips the pickup into neutral and rolls silently out of the driveway of her Vermont home, her parents, Oliver and Ruth, still asleep. She isn't so much running away as on a journey of discovery. She carries with her a packet of letters addressed to her mother from an old army buddy of her father's. She has only recently been told that Oliver, who she adores more than anyone, isn't her biological father. She hopes the letter's sender will have answers to her many questions.

Before We Sleep moves gracefully between Katey's perspective on the road and her mother, Ruth's. Through Ruth's recollections, we learn of her courtship with Oliver, their marriage on the eve of war, and his return as a changed man. Oliver had always been a bit dreamy, but became more remote, finding solace most of all in repairing fiddles. There were adjustments, accommodations, sacrifices--but the family went on to find its own rhythms, satisfactions, and happiness. Now Katey's journey may rearrange the Snows' story.

Set in a lovingly realized Vermont setting, tracking the changes that come with the turning of the seasons--and decades--and signaling the dawning of a new freedom as Katey moves out into a world in flux, Before We Sleep is a novel about family, about family secrets, and about the love that holds families together. It is also about the Greatest Generation as it moves into the very different era of the 1960s, and about the trauma of war that so profoundly weighed on both generations. It is Jeffrey Lent's most accomplished novel.

ABOUT THE AUTHOR:  Jeffrey Lent was born in Vermont and grew up here and in western New York State. He studied literature and psychology at Franconia College in New Hampshire and SUNY Purchase. His first novel, In the Fall, was a national bestseller. His other novels are Lost Nation, A Peculiar Grace, After You've Gone, and A Slant of Light, which was a finalist for the New England Book Award and a Washington Post Best Book of 2015. Lent lives with his wife and two daughters in central Vermont.

Before We Sleep (Hardcover)