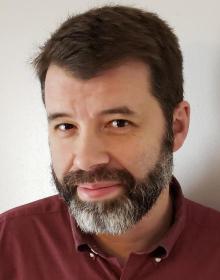 Join us for a book talk on Northern Vermont in the War of 1812 with author Jason Barney!

ABOUT THE BOOK:  Vermont played a critical role in the War of 1812. Burlington was a significant military base and harbor for American vessels, but history isn't just about the larger hubs of activity. From Swanton to Isle La Motte, many smaller communities in northern Vermont played a key role in the war. Local militia--composed of farmers, blacksmiths and merchants--came from all over the northern border communities of the state to contribute to the war effort. When towns got the statewide order to muster, timing depended on the occupations of those called to duty, the distance they needed to march or sail, the unpredictable weather conditions and the condition of the roads. Local historian Jason Barney uncovers the unique stories of border smuggling, daring raids and everyday struggle.

ABOUT THE AUTHOR:  Jason Barney grew up in northern Vermont and graduated from Missisquoi Valley Union High School, where he now teaches. Upon graduation from the College of St. Joseph's in Rutland, he ran for public office, and between the years of 1997 and 2002, he represented the towns of Franklin and Highgate in the Vermont House of Representatives. When he left the legislature, he had attained the position of vice-chairman of the Education Committee. He then moved into a career in education, and his love of local history led him to join the Swanton Historical Society. Presently, he lives in northwest Vermont with his wife, Christine Eldred, and son, Samuel. They own three acres not far from Lake Champlain. Jason loves to garden, read, write and teach. A huge New England Patriots fan, Jason spends part of his free time reading and taking notes on Star Trek books.

Northern Vermont in the War of 1812 (Paperback)