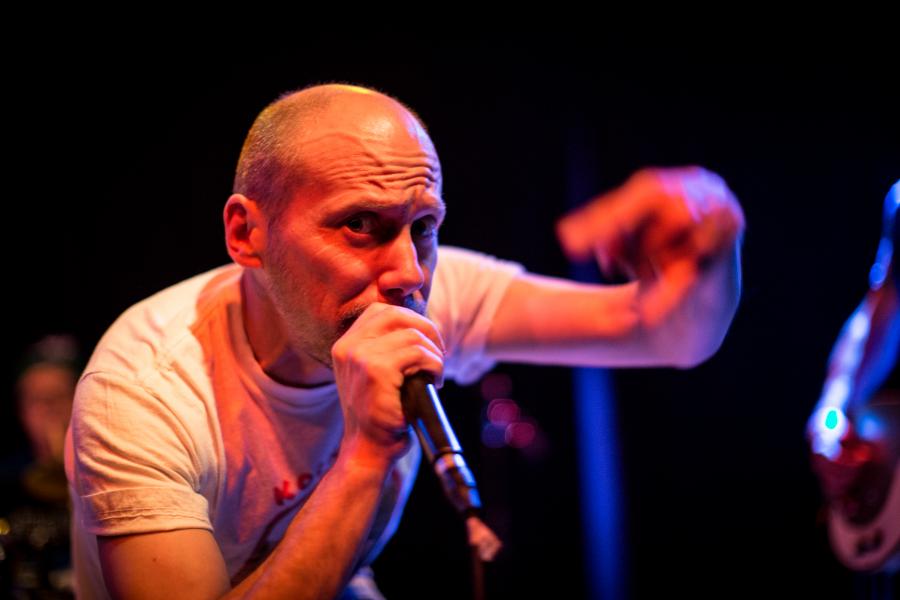 Join James Kochalka to celebrate the launch of his new book, Mechaboys!

ABOUT THE BOOK:  Superbad meets Transformers in James Kochalka's next great graphic novel, with a genuine high-school sweetness mixed in with robot action, comedy, and plenty of fistfights. Two lovable dirtbag teens, tired of being bullied, build a robot battle suit to take revenge on their entire high school. But they never expected to become... kind of popular? Welcome to the love-child of Superbad, Carrie, Mean Girls, and Transformers. Experience the thrill of keg parties, gym class, bear attacks, first kisses, cafeteria trays, and car crashes... but with mechanical enhancement It's an action-packed dark-comedy teen-romance for the ages, from Eisner-Award-winning cartoonist James Kochalka (American Elf, SuperF*ckers, Johnny Boo, Glorkian Warrior).

ABOUT THE AUTHOR:  James Kochalka is, without question, one of the most unique and prolific alternative cartoonists working in America today. His comics have been published internationally by almost every alternative comics publisher; he's recorded several music albums under the name James Kochalka Superstar (making him a favorite at college radio stations across the country); and he's developed animated cartoons for Nickelodeon and Cartoon Hangover.He is the first official Cartoonist Laureate of the state of Vermont, appointed in 2011. Among his best known works are the Monkey vs Robot series, the superpowered frathouse comedy SuperF*ckers, the beloved children's series Johnny Boo, Dragon Puncher, and Glorkian Warrior, and his magnum opus, the 14-year span of daily diary comics known as American Elf.