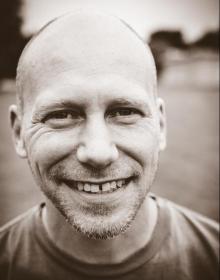 Join James Kochalka for an event featuring his new young-reader book, Johnny Boo is King! James will give a drawing lesson on How to Draw Johnny Boo and Also Ice Cream.

ABOUT THE BOOK:  The beloved young-reader series by Eisner Award winner James Kochalka returns with a new adventure fit for a king!
Johnny Boo is wearing a crown on his head, so that means he’s the king! Squiggle wants to be king too, so he puts a rock on his head. After a brief argument, they decide to share their new flying castle, and fly to the moon. Or are they just pretending? After a madcap encounter with the Ice Cream Monster, they finally get too sleepy to stay awake…making this silly story excellent for bedtime.

ABOUT THE AUTHOR:  James Kochalka is, without question, one of the most unique and prolific alternative cartoonists working in America today. His comics have been published internationally by almost every alternative comics publisher; he’s recorded several music albums under the name James Kochalka Superstar (making him a favorite at college radio stations across the country); and he’s developed animated cartoons for Nickelodeon and Cartoon Hangover.
He is the first official Cartoonist Laureate of the state of Vermont, appointed in 2011.
Among his best known works are the Monkey vs Robot series, the beloved Johnny Boo and Dragon Puncher series for children, and his magnum opus, the decade-plus span of daily diary comics known as American Elf. James lives in Burlington, Vermont with his wife, Amy; their two sons; and their cats, all of whom appear frequently in his comics.

ADMISSION:  All ages are welcome to this free event.