Join us for a discussion and booksigning with IndieReader Discovery Award Winner Jack Mayer.

Jack Mayer's new book, Life in a Jar, is a work of creative non-fiction, recounting the story of Irena Sendler, a Polish Catholic social worker during W.W. II, who knocked on doors in the Warsaw ghetto and asked Jewish mothers to give up their children in order to save them. She and her network rescued 2,500 Jewish children from certain death. After the war, her story, as well as those of countless other rescuers, was suppressed in communist Poland and forgotten. She lived in obscurity in Warsaw. Sixty years later, her extraordinary history was rescued by three teenage girls in Kansas, who began a history project about Irena Sendler and ended up elevating her to the status of Polish national hero and furthering dialogue and education for

Poles to come to terms with their traumatic W.W. II history. Each of these teens also carried a traumatic personal burden; the project changed their lives. And it changed the world. Because of their efforts, Irena Sendler was nominated for the 2007 Nobel Peace Prize by the Prime Minister of Israel and the President of Poland. Students of history became agents of history. Life in a Jar is based on Jack's interviews and research over six years in the U.S. and Poland.

Sixty percent (60%) of author royalties from the sale of Life in a Jar:The Irena Sendler Project are donated to the Irena Sendler/Life in a Jar Foundation. The foundation promotes Sendler’s legacy and encourages educators and students to emulate the project by focusing on unsung heroes in history to teach respect and understanding among all people, regardless of race, religion, or creed. Polish, Russian and Chinese translations will be published in 2012.

“Kansas teenagers rediscover a forgotten Holocaust heroine in this moving historical drama. . . Mayer’s superb novelization of her exploits elevates social work to the intensity of a spy thriller. . . Writing in vivid but restrained prose, Mayer describes this agonizing situation with understated pathos. . . his rendition of Irena’s story has an inspirational power of its own. A gripping real-life tale of extraordinary courage that had an enduring impact.” - Kirkus Review

“Jack Mayer has done a remarkable job in bringing to life the heroic figure of Irena Sendler, whose noble legacy seems to have reached into unlikely places with affecting and unpredictable results. Meticulously researched, this story has been told with grace and passion by Mayer, who brings a wealth of compassion to his book.” - Jay Parini, author of The Last Station

“A beautiful story, beautifully told . . at last.” - The US Review of Books 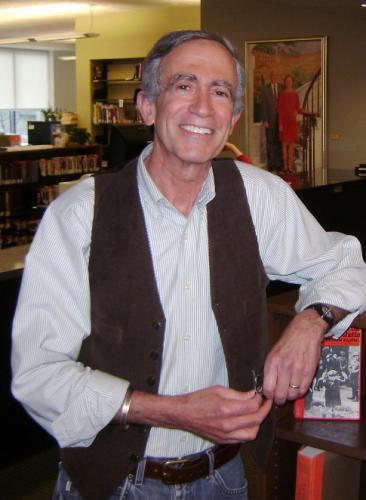 Jack Mayer began practicing pediatrics in 1976 in Enosburg Falls, Vermont, a small town in eastern Franklin County on the Canadian border. His was the first pediatric practice in that half of the county. He was a doctor there for ten years, often bartering medical care for eggs, firewood, and knitted afghans. From 1987 – 1991 Dr. Mayer was a National Cancer Institute Epidemiology Fellow at Columbia University School of Public Health in New York City, researching the molecular biology of childhood cancer. Most of his scientific writing was done during those four years. He was also a pediatrician with Columbia’s General Pediatric Group Practice. Dr. Mayer returned to Vermont in 1991 and established Rainbow Pediatrics in Middlebury, where he continues to practice primary care pediatrics. He is an Instructor in Pediatrics at the University of Vermont School of Medicine and a J-term adjunct faculty for Middlebury College pre-med students. Throughout his career, he has written short stories, poems, and essays about his years in pediatric practice and hiking the Long Trail in Vermont. He was a participant at Middlebury College’s Bread Loaf Writers’ Conference in 2003 and 2005 for fiction, and in 2008 for poetry. He lives in Middlebury with his wife, Chip. They have a grown son, Alex.

Life in a Jar: The Irena Sendler Project (Paperback)