Gray Basnight: Flight of the Fox 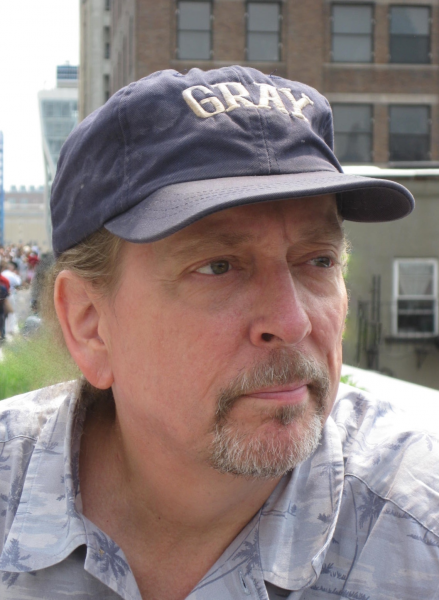 When Phoenix's co-owner Mike DeSanto decided to plan a book festival for 2019, he began looking at other events for ideas. Imagine his surprise when his research uncovered an old acting friend now writing novels who attended one such writer’s conference last fall. Mike reached out to NY-based author Gray Basnight through Facebook, and the two connected, sharing updates of each other’s lives since their young acting days, and realizing that they both moved from the stage to the page. Flash forward to September 13, 2018, when the two will reunite at Phoenix Books Burlington, where Gray will read and sign copies of his new thriller Flight of the Fox!

ABOUT THE BOOK:  An innocent math professor tries to decode a mystery file that lands in his in-box while a team of hitmen chase him from the Catskills to NYC and down the East Coast.  Their goal is to suppress dark government crimes from decades past.  His goal is for the truth to be told.  The action switches between the J. Edgar Hoover era and Professor Sam Teagarden’s decoding of the mystery file in 2019, against the 50th Anniversary of the Woodstock Festival.  As the professor runs for his life, armed only with his wits and intellect, he worries whether the truth will be told, and if he’ll be seen as a hero whistle blower or a pariah.  Or worse, will he end up dead?

ABOUT THE AUTHOR:  Gray is deeply immersed in his third career -- fiction writing, after almost three decades in broadcast news; preceded by a few years pursuing an acting career.  Prior to Flight of the Fox, his other published novels are The Cop with the Pink Pistol, a modern NYC-detective mystery; and Shadows in the Fire, a Civil War historical novel about two young slaves on the edge of freedom as Richmond falls in April 1865. Gray and his wife split their time between Sullivan County and New York City. When not writing, he's thinking about writing while walking his Golden Retriever, watching movies, and all other daily activities.  He has lived in New York long enough to consider himself a native, though he grew up in Richmond, Virginia.  For more information about Gray and his writing, visit www.GrayBasnight.com, follow him on Facebook, or find him on Twitter @GrayBasnight.