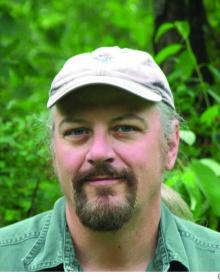 Join Glenn Stout for a talk on his new book, The Pats, the first book to tell the complete story of the Patriots, featuring thorough research, archival photos, and essays from notable authors, journalists, and local celebrities.

ABOUT THE BOOK:  The New England Patriots have become a dynasty, though it didn’t begin that way. Love ‘em, hate ‘em, the Pats have captured this country’s attention like no other franchise. From two award-winning authors this is the first complete story of a legendary team and its five championship trophies.

In the tradition of their celebrated illustrated histories of some of sports’ most iconic franchises, Stout and Johnson tell the history in full and in colorful detail. This is a lavishly illustrated tale full of larger-than-life characters – from founding owner Billy Sullivan, early stars like Syracuse running back Jim Nance and beloved wide receiver turned broadcaster Gino Cappeletti, to Hall of Famers and stars like John Hannah, Russ Francis, and Steve Grogan through to present-day stars like Tom Brady and Bill Belichick and owner Bob Kraft.

Featuring essays by Richard Johnson, Upton Bell, Leigh Montville, Howard Bryant, Ron Borges, Lesley Visser and more, The Pats is a must-have gift for fans, old and new, and an indelible portrait of the most talked about team in NFL history.

ABOUT THE AUTHOR:  Glenn Stout is a freelance writer, author, and editorial consultant and has served as Series Editor of The Best American Sports Writing since its inception. He is the author of Young Woman and the Sea and Fenway 1912, and has collaborated with Richard Johnson on Red Sox Century, Yankees Century, The Cubs and The Dodgers. Stout has lived in and around Boston for 20 years. Currently he lives in Vermont.

The Pats: An Illustrated History of the New England Patriots (Hardcover)