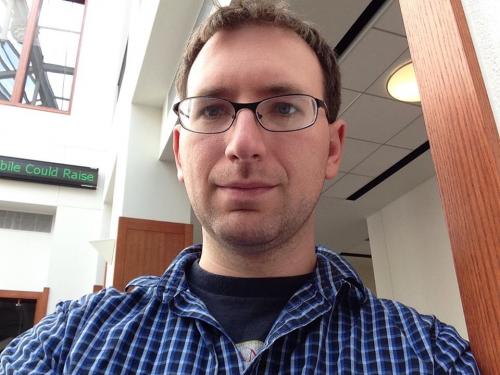 Andrew Liptak earned his Master of Arts in Military History from Norwich University, and has written extensively about military science fiction for io9 and SF Signal. He has also written for such websites as Kirkus Reviews and Strange Horizons, and, on Military History, in magazines including Armchair General and the Norwich Record. He is currently an editorial assistant for Lightspeed Magazine. His first story, "Fragmented," is set to be published by Galaxy's Edge Magazine.

James Cambias has been nominated for the Nebula Award, the James Tiptree Jr. Award, and the 2001 John W. Campbell Award for Best New Writer. He lives in Western Massachusetts.

F. Brett Cox’s fiction, poetry, essays, and reviews have appeared in numerous publications. With Andy Duncan, he co-edited the anthology Crossroads: Tales of the Southern Literary Fantastic (Tor, 2004). A native of North Carolina, he is Associate Professor of English at Norwich University and lives in Vermont with his wife, playwright Jeanne Beckwith. 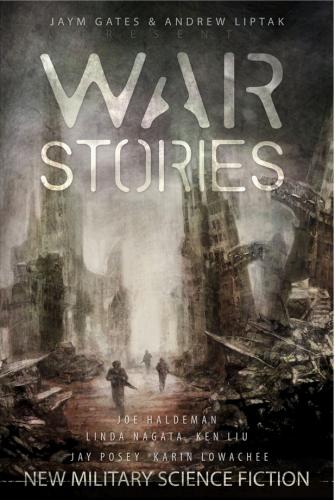 In War Stories: New Military Science Fiction, editors Andrew Liptak and Jaym Gates collect short stories by science fiction and fantasy authors dealing with the effects of war - prior, during, and after battle - on soldiers and their families.

War is everywhere. Not only among the firefights, in the sweat dripping from heavy armor and the clenching grip on your weapon, but also wedging itself deep into families, infiltrating our love letters, hovering in the air above our heads. It's in our dreams and our text messages. At times it roars with adrenaline, while at others it slips in silently so it can sit beside you until you forget it's there.

James Cambias, F. Brett Cox, Joe Haldeman, Linda Nagata, Karin Lowachee, Ken Liu, Jay Posey, and more take the reader on a tour of the battlefields, from those hurtling through space in spaceships and winding along trails deep in the jungle with bullets whizzing overhead, to the ones hiding behind calm smiles, waiting patiently to reveal itself in those quiet moments when we feel safest. War Stories brings us 23 stories of the impacts of war, showcasing the systems, combat, armor, and aftermath without condemnation or glorification.

GEEK MOUNTAIN STATE is a community blog dedicated to covering the geek things that take place in Vermont. Since 2013, it has organized the Vermont SF Writer's Series, a bi-monthly reading series dedicated to highlighting and promoting Vermont's science fiction, fantasy and horror authors.

EVENT FORMAT: Check back for details.

ADMISSION: This event is FREE and open to all.