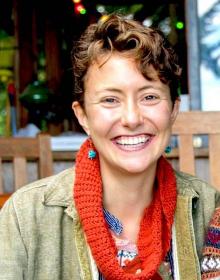 ABOUT THE BOOK:  Walter Benjamin was a man of letters, an art critic, an essayist, a translator, a philosopher, a collector, and an urban flâneur. In his writings, he ambles, samples, and explores. With Walter Benjamin Reimagined, Frances Cannon offers a visual and literary response to Benjamin's work. With detailed and dreamlike pen-and-ink drawings and hand-lettered text, Cannon gives readers an illuminated tour of Walter Benjamin's thoughts—a graphic translation, an encyclopedia of fragments.

Cannon has not created a guide to Benjamin's greatest ideas—this is not an illustrated Walter Benjamin cheat sheet—but rather a beautifully rendered work of graphic literature. Cannon doesn't plod through thickets of minutiae; she strolls—a flâneuse herself—using Benjamin's words and her own drawings to construct a creative topography of Benjamin's writing. Phrases from “Unpacking My Library,” for example, are accompanied by images of flying papers, stray books, stacked books—books “not yet touched by the mild boredom of order”—and a bearded mage. Cannon takes the reader through different periods of Benjamin's writing: “Artifacts of Youth,” nostalgic musings on his childhood; “Fragments of a Critical Eye,” early writings, political observations, and cultural criticism; “Athenaeum of Imagination,” meditations on philosophy and psychology; “A Stroll through the Arcades,” Benjamin's unfinished magnum opus; and “A Collection of Dreams and Stories,” experimental and fantastical writings.

With drawings and text, Cannon offers a phantasmagorical tribute to Benjamin's wandering eye.

ABOUT THE AUTHOR:  Frances Cannon is a writer and artist with an MFA in creative writing and book arts from the Iowa Writers’ Workshop, and a BFA in poetry and printmaking from the University of Vermont. She is the author and illustrator of a book of graphic literary criticism published by MIT Press, Walter Benjamin: Reimagined, as well as a graphic memoir, The Highs and Lows of Shapeshift Ma and Big-Little Frank, published by Gold Wake Press, a book of paintings and poetic translations, Tropicalia, through Vagabond Press, and a book of poems and prints, Uranian Fruit, through Honeybee Press. She was born in Utah and has since lived in Oregon, Vermont, California, Maine, Iowa, Italy, Guatemala, France, and Mexico making art and writing books. She has also worked as an editorial intern and contributor at McSweeney's Quarterly, The Believer, The Lucky Peach, and The Iowa Review. She has recently been published in Vice,  Prompt Press, The Iowa Review, The Examined Life Journal, Edible Magazine, Electric Lit, and Vol. 1 Brooklyn. She currently lives in Vermont, where she teaches creative writing at Champlain College and visual arts courses at the Shelburne Craft School. She will also soon begin teaching at the Vermont College of Fine Arts.

ADMISSION: Proceeds from ticket sales will go to the Vermont Foodbank. Your $3 ticket comes with a coupon for $5 off a copy of the featured book. Coupons expire at closing the evening of the event.