An Evening of Poetry 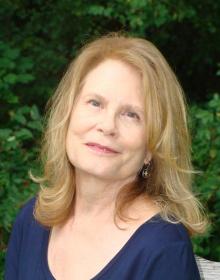 Join poet Nancy Richardson for a reading from her new book, An EveryDay Thing. She will be joined by local poet Joyce Thomas.

ABOUT AN EVERYDAY THING AND NANCY RICHARDSON:

Nancy Richardson's poems concern the coming of age in the rust-belt of Ohio during a period of decay of the physical and political structures that made the region once solid and predictable. Her poems chart the shifting of the foundations upon which a life is built and the undpredictability of events that have had personal and political consequences, including the shootings at Kent State. These poems have resonance to the chaotic political and social circumstances in which we now find ourselves.

Nancy Richardson’s poems have appeared in journals anthologies. She has written two chapbooks. The first, Unwelcomed Guest (2013) by Main Street Rag Publishing Company and the second, the Fire’s Edge (2017) by Finishing Line Press concerned her formative youth in the rust-belt of Ohio and the dislocation, including the Kent State shootings, that affected her young adulthood. In An EveryDay Thing, she has included those poems and extended the narrative to memories of persons and events that make a life.

An EveryDay Thing was selected by Kirkus Reviews to receive its Star rating. The Star rating is awarded to books of exceptional merit. Kirkus recognized Richardon’s work on the list of the 100 Best Indie Books of the Year and as the Kirkus Indie Book of the Month for December. According to Kirkus, the book “vividly captures both the dreams and despair of blue-collar America.”..... and “the book is a dazzling work by a deeply intuitive writer.”