An Evening with Charles Fergus 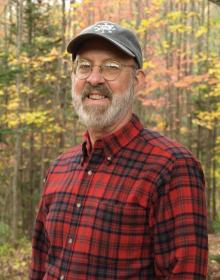 “What a fantastic book! Strong, well-drawn characters, rich attention to natural detail, and a haunting narrative make this a series to get excited about.” — Paul Doiron, author of the Mike Bowditch Mystery Series

Join us as we welcome Charles Fergus to our virtual event stage for a talk on his new mystery, Nighthawk's Wing, the second in the Gideon Stoltz Mystery series.

Nighthawk’s Wing beckons readers who crave authenticity in Early American historical novels, including those intrigued by Amish and Mennonite communities, witchcraft, spells, and visions. This intriguing mystery glides along the edge between the gritty reality of the early 1800s — and a parallel world of spirits and haunted souls.

It’s 1836 in the fast-growing town of Adamant, and the young Pennsylvania Dutch sheriff Gideon Stoltz has a new case when a woman suspected of witchcraft in a nearby German settlement is found murdered. Suffering from a head injury after a fall off his horse, Gideon can’t recall anything that happened at the time of the woman’s death. When flashes of memory return, he realizes that not only did he know the victim, he was with her the night before she died. As Gideon delves into the investigation, he must put himself on the list of suspects.

Gideon’s wife, True, estranged from her husband following the death of their infant son, is gifted with unwelcome powers of second sight — and she is compelled to use her own reluctant methods of investigation.

Charles Fergus is the author of twenty books. His two Gideon Stoltz mysteries are Nighthawk’s Wing, published in 2021, and A Stranger Here Below, which came out in 2019. Charles has written for publications as various as Audubon, the New York Times, Highlights for Children, Country Journal, Gray’s Sporting Journal, and Pennsylvania Game News.

Charles was born and raised in central Pennsylvania. A graduate of Penn State University’s writing program, he has worked as a writer and editor for his entire career. He now lives on an old hill farm in northern Vermont, where he and his wife, the author Nancy Marie Brown, ride their Icelandic horses on dirt roads and trails. He loves to spend time in nature, in all seasons, hiking, canoeing, snowshoeing, and watching wildlife. He sings in a hospice chorus, bringing a capella music to people in their last days and final hours. He is one third of an American roots trio called Yestermorn, singing and performing Appalachian, folk, and shape-note songs, including many from the early 1800s.

Registration is free, but book purchases are welcomed and appreciated--thank you for supporting our author!.  You must register on this page to attend the event. The event will stream on Zoom. You will receive an email with the Zoom link after registering. If you don't receive a confirmation email after registering today, contact us right away so we can check for problems now.