Join Dede Cummings, Megan Buchanan, and James Crews for an afternoon of poetry. 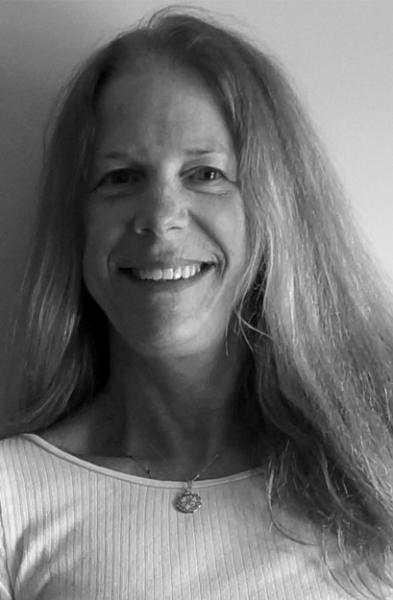 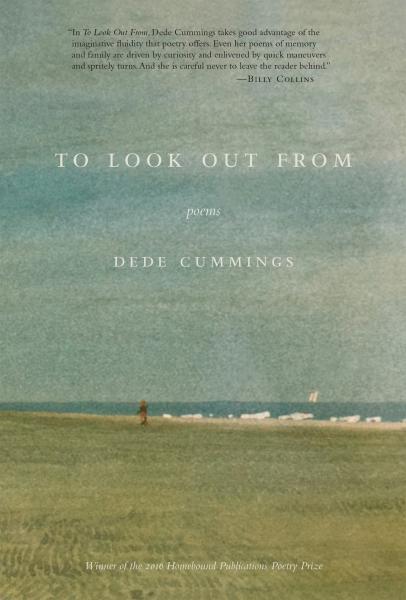 ABOUT TO LOOK OUT FROM AND DEDE CUMMINGS:

"In To Look Out From, Dede Cummings takes good advantage of the imaginative fluidity that poetry offers. Even her poems of memory and family are driven by curiosity and enlivened by quick maneuvers and spritely turns. And she is careful never to leave the reader behind." - Billy Collins

"Dede Cummings' poems in To Look Out From are breathtakingly vivid. Deeply felt, they often chronicle the relationship between self and the natural world, between self and others. These are New England poems that transcend New England. They are well-crafted testaments, often pastoral, to the cycles of life. At times they are elegiac and bittersweet, yet attentive in their hopefulness and trust in the Great Wonderments and mysteries. At times gracefully discursive and always brilliantly paced, they are poems given to recovery and renewal. This is a book I will read over and over." - Clarence Major

Dede Cummings is a poet, publisher, and commentator for Vermont Public Radio. At Middlebury College, she was the recipient of the Mary Dunning Thwing Award, attended the Bread Loaf Writers’ Conference as an undergraduate fellow, and studied with Hayden Carruth at the Bennington Writers’ Workshop. In 2013, she was a poetry contributor at the Bread Loaf Writers’ Conference. Her poetry has been published in Mademoiselle, The Lake, InQuire, Vending Machine Press, Connotation Press, Mom Egg Review, Figroot Press, and Bloodroot Literary Magazine. She was a Discover/The Nation poetry semi-finalist and was awarded a writer’s grant and a partial fellowship from the Vermont Studio Center in 2016. Her first poetry collection, To Look Out From, was awarded the 2016 Homebound Publications Poetry Prize and was published by Homebound Publications in April 2017. Her second poetry collection, entitled The Meeting Place, is due out in May 2018 from Salmon Poetry. Dede lives in Brattleboro, Vermont, where she designs books and runs the startup Green Writers Press.

ABOUT TELLING MY FATHER AND JAMES CREWS:

In Telling My Father, James Crews explores familial bonds, memory, and grief through a beautifully written collection of poems. This Cowles Poetry Prize winning manuscript is a risky, bold, and elegant exploration of coming of age against a backdrop of profound loss.

James Crews' work has appeared in Ploughshares, Poet Lore, and The New Republic, among other journals, and he is a regular contributor to The (London) Times Literary Supplement. He holds an MFA in Poetry Writing from University of Wisconsin-Madison and a PhD in Writing & Literature from University of Nebraska-Lincoln, where he also worked for Ted Kooser's American Life in Poetry newspaper column. His first collection of poetry, The Book of What Stays, won the 2010 Prairie Schooner Book Prize and a Foreword Magazine Book of the Year Award. His second collection, Telling My Father, won the Cowles Prize and was published by SMSU Press. He lives on an organic farm with his partner in Shaftsbury, Vermont and regularly leads Mindfulness & Writing workshops throughout New England. 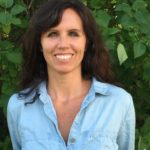 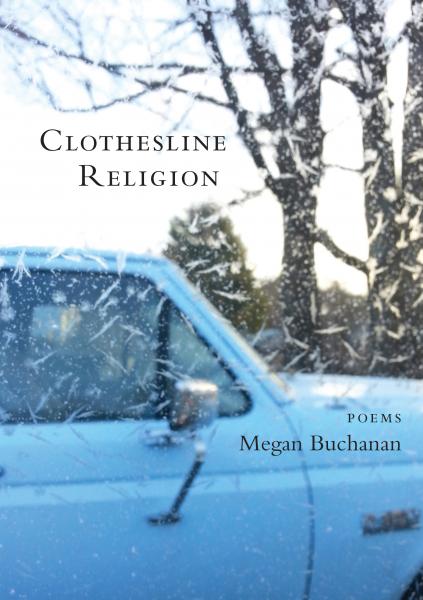 ABOUT CLOTHESLINE RELIGION AND MEGAN BUCHANAN:

Clothesline Religion chronicles twenty years worth of adventures in the life of an artist as young single mother. Megan Buchanan, a poet and professional dancer, gave birth to a daughter at 22, lived abroad in Ireland and France, and came back home again to Southern California and the mountains of the Southwest. This debut poetry collection spans wild open roads, backyard vegetable gardens, Irish pubs, country dance halls, Vermont screen-porches, midnight river valleys, artist studios, and the world of waking dreams. Buchanan's poems offer fierce evidence of what she calls "ordinary magic" --and what others might call mindfulness--discovering gratitude, the path of recovery, and a mother's deep joy.

“How fierce and resilient, what a tremendous and tender heart. Clothesline Religion is gorgeous, powerful. I was utterly enrapt, reading it out in the yard under the full sun. And transformed—the book inspired me to take my own daughter out of school for a road trip, time for just her and I. Mother and daughter.” —Robin MacArthur, author of Half Wild

Megan Buchanan’s first full-length collection of poetry, Clothesline Religion, was published by Green Writers Press in 2017. Her poems have appeared in such as journals as The Sun Magazine, make/shift, A Woman’s Thing, and numerous anthologies such as Dream Closet: Meditations on Childhood Space and Roads Taken: Contemporary Vermont Poetry. Born in California, she’s lived for long stretches in Ireland, the mountains of the southwest, and New England. Her work has been supported by the Arizona Commission on the Arts, the Vermont Arts Council, and the Vermont Studio Center. Megan is also a collaborative performer and dancemaker. Most recently she presented the interdisciplinary, collaborative performance project REGENERATIONS: Reckoning with and Responding to the Closing of Vermont Yankee. She currently lives in Guilford, Vermont with her young son. She is currently an English Language Arts faculty member at The Greenwood School in Putney. Visit the author’s website at www.meganbuchanan.net.