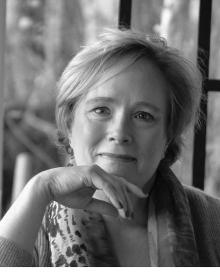 New York Times bestselling author Carla Neggers has crafted a gripping novel of international intrigue and suspense not to be missed!  A deadly poisoning, a stolen painting and a criminal mastermind challenge the skills of FBI agents Emma Sharpe and Colin Donovan as never before in their latest high-stakes case.

Undercover FBI agent Colin Donovan joins his wife, Emma Sharpe, an FBI art crimes expert, for his brother's wedding in their fishing village on the southern Maine coast. When Kevin Donovan, a marine patrol officer, receives a call to check on suspected food-poisoning at a party aboard a yacht Colin, a former marine patrol officer, tags along.

It's quickly evident this is no ordinary case of food poisoning. They're dealing with a deliberate attack. Most of the victims are one-time associates of an imprisoned arms trafficker—a Russian national whose arrest the previous year was made possible by Colin's undercover work and Emma's art crimes expertise.

A rare, boutique deadly poison is responsible for the deaths and near-deaths aboard the yacht. From his federal prison, the trafficker claims to know nothing of the attack but he believes one of his rivals is responsible or at least involved. Whoever distributed the poison had to be on the yacht at some point and therefore was either a passenger or a guest. Given the nature of the weapon used, the attacker also would have to be highly skilled in handling its volatile, deadly components. Who made the poison? What was the purpose of the attack—revenge, greed, a message, ideological?

With more questions than answers, Emma and Colin enter the shadowy world of the victims of the attack. They discover someone is out to sell extremely dangerous poisons to organized crime networks. The trail takes them to an unlikely source.

Emma, Colin, HIT and their family and friends must stop the poisoner before he facilitates his next attack.

Carla Neggers is the New York Times bestselling author of the Sharpe & Donovan series featuring Boston-based FBI agents Emma Sharpe and Colin Donovan, the Swift River Valley series set in small-town New England and many other novels of romance, mystery and suspense. With dozens of bestsellers to her credit, Carla and her husband divide their time between their hilltop home in Vermont, a pull-out sofa at their kids' places in Boston and various spots on their travels, frequently to Ireland. Learn more at CarlaNeggers.com