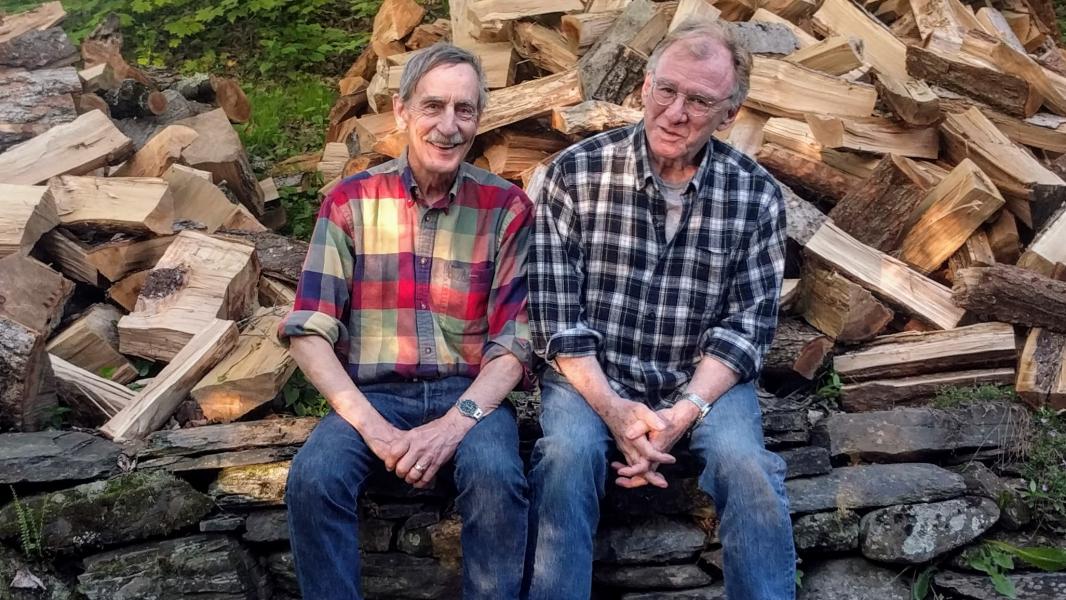 Join Bill Mares, Christopher Louras, and Bob Stannard for a talk on The Full Vermonty: Vermont in the Age of Trump.

ABOUT THE BOOK:  Vermont is a small state with a history of making a large impact. We're little, but we're loud. We recognize that we can’t ignore Trump and his actions, but he won’t be able to ignore us, either. Short of seceding from Union (we’ve already tried that to no avail), you can be sure that we’re not just going to sit back. That’s not our style. With the help of almost a score of “guest appearances”—including Madeleine Kunin; Steve Terry; David Gram; Marialisa Calta; Mike Martin; Don Hooper; Ed Koren; Bob Stannard; Bill Schubart; Sally Pollak; Julia Alvarez; Harry Chen, MD; Larry Feign; Christopher Louras; Al Boright; Eric Hanson; Tom Slayton; Joe Hagan, MD; Haviland Smith; and Jasper Craven—the literary duet of Bill Mares and Jeff Danziger has become a chorus. They’ve assembled a first-rate “posse” of Vermont writers, cartoonists, and politicians to add their intelligence and wit to this momentous task. In addition, the book has quizzes, quotations, escape literature, a Vermont tool box, and more.

"Come to The Full Vermonty for the cartoons by the incomparable Jeff Danziger. Stay for a primer for the millions of Americans who've been asking, 'What do we do NOW?' Bill Mares and his gang of Vermont wits and sages actually have answers."
—U.S. Senator Patrick Leahy

"People are always asking me: Peter, what can I do about Trump and what's going on in Washington? My answer: Read The Full Vermonty."
—Congressman Peter Welch

"An anxious nation can rest easy: Vermont will, as always, punch above its weight in the resistance to Mr. Trump."
—Bill McKibben, founder of 350.org

ABOUT THE AUTHORS & CONTRIBUTORS:
Raised in Texas, educated at Harvard, Bill Mares has been a journalist, a high school teacher and a member of the Vermont House of Representatives. He has authored or co-authored 15 books on subjects ranging from the Marine Corps to workplace democracy to Presidential fishing, plus four books of humor with Prof. Frank Bryan, including the best-seller, Real Vermonters Don't Milk Goats. His hobbies include running, beekeeping, singing and fly-fishing. He lives in Burlington, Vermont with his wife of 45 years, Chris Hadsel. They have two sons.

Christopher Louras is a native Vermonter who, after graduating from UVM, served ten years as a US Army CH-47 maintenance manager/maintenance test pilot. He returned to Rutland to raise his family and help his brother and sister run the family business until 2007 when he was elected Mayor of the City of Rutland, serving five terms until his de-election in 2017. He is married to Jude and is the proud father of four sons, Chris, Justin, Ian, and Augie.

Bob Stannard is an eighth generational Vermonter who has served in the Vermont Legislature; served as a member of the Manchester Selectboard and served for thirteen years on the Bennington County Regional Planning Commission; three years as Chair. He worked as a lobbyist in Montpelier and a commercial broker with Sotheby's. He has been Vermont columnist for fourteen years and although retired he continues to lead one of Vermont's hottest Blues bands; "Downtown" Bob & Those Dangerous Bluesmen. He has produced four CDs and written two Vermont humor books. (How to Survive the Recession, How to Survive the Recovery) He co-wrote Frankie & Bobby: Growing up Zappa; a book on the early life of Frank Zappa, with Frank's younger brother, Bobby Zappa. He lives in Manchester, Vermont with his wife, Alison, of forty-four years.