Ari Rabin-Havt, The Fighting Soul: On the Road with Bernie Sanders 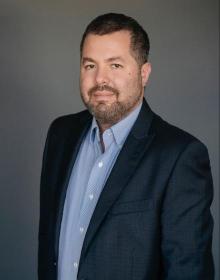 Please join us as we welcome Ari Rabin-Havt to our Zoom stage for a discussion of his new book, The Fighting Soul: On the Road with Bernie Sanders, an unparalleled and intimate account of Senator Sanders from one of his most trusted confidants.

Bernie Sanders inspires fervent love and, even among his enemies, a measure of grudging respect—yet, curiously, we know little about who the man really is, with Sanders deliberately keeping the focus on his policies.

Now, with The Fighting Soul, Ari Rabin-Havt takes us where no profiles or televised interview have been able to go. As a close advisor and deputy campaign manager on Sanders’s most recent—and likely last—presidential campaign, the tireless Rabin-Havt spent more hours between 2017 and 2020 with the Vermont senator than anyone else. Traveling the country for rallies and to support striking workers, the two visited thirty-six states, drove tens of thousands of miles, and ate in countless chain restaurants. One result was a meteoric and galvanizing presidential campaign. Another is The Fighting Soul, an unforgettable chronicle of life on the road with Sanders and the first in-depth portrait of this fiercely independent, and famously private, left-wing firebrand.

Sanders’s second bid for the presidency began in Rabin-Havt’s apartment in Washington DC in January 2018. From there, Rabin-Havt offers a behind-the-scenes account of Sanders’s run, including his heart attack in Las Vegas, his notorious debate encounter with fellow-progressive Elizabeth Warren, and a momentous conversation between Sanders and Barack Obama that has never been reported before. At every step, Rabin-Havt shows us Bernie Sanders when the cameras turn off: his dry sense of humor; his views of his young supporters; the pivotal role his wife, Jane, plays in every decision he makes; and more. Delving into Sanders’s life and career, with moving glimpses of his childhood in Brooklyn and first forays into politics in Burlington, Rabin-Havt discloses that Sanders is shocked by his ascent: “Ari, my parents would tell me I was crazy if I told them I would become a senator, much less could become president of the United States.”

Though his campaign ended in abrupt and unexpected defeat, Sanders has pushed the Democratic Party to the left and helped remake American politics—as Rabin-Havt suggests, he has done more to shape our history than anyone else who has not reached the White House. Revelatory and heartfelt, The Fighting Soul depicts the rare politician motivated by principle, not power.

Ari Rabin-Havt served as deputy campaign manager on Senator Bernie Sanders’s 2020 presidential campaign and was a Sanders aide from 2017 to 2021. His writing has appeared in the New Republic and the Washington Post, among other publications, and he lives in Washington, DC.

How to register:  Registration is free, but book purchases are welcomed and appreciated--thank you for supporting our author! You must register on this page to attend the event. The event will stream on Zoom. You will receive an email with the Zoom link after registering. If you don't receive a confirmation email after registering today, contact us right away so we can check for problems.

Purchase a copy of The Fighting Soul: On the Road with Bernie Sanders from our website HERE.   Copies will be available a few days after event.  If you ordered a book for store pick up, we will contact you as soon as it's ready.  If you ordered a book with shipping, please allow an additional 7-10 days for delivery via USPS Media Mail.