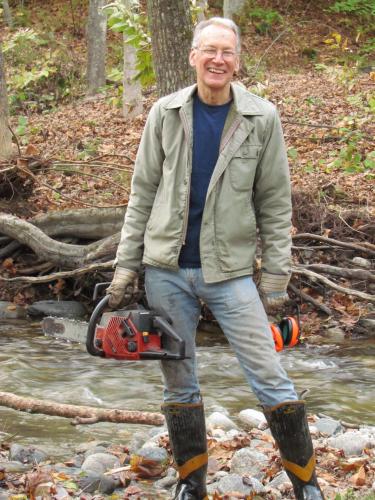 Archer Mayor is the author of the highly acclaimed, Vermont-based series featuring detective Joe Gunther, which the Chicago Tribune describes as “the best police procedurals being written in America.” He is also a past winner of the New England Independent Booksellers Association Award for Best Fiction—the first time a writer of crime literature has been so honored. In 2011, Mayor’s 22nd Joe Gunther novel, Tag Man, earned a place on the New York Times bestseller list for hardback fiction.

Before turning his hand to fiction, Mayor wrote history books, the most notable of which concerned the lumber and oil business in Louisiana from the 1870s to the 1970s. This book was published by the University of Georgia Press and very well received. Prior that, Mayor—who was brought up in the US, Canada and France—was variously employed as a scholarly editor, a researcher for TIME-LIFE Books, a political advance-man, a theater photographer, a newspaper writer/editor, a lab technician for Paris-Match Magazine in Paris, France, and a medical illustrator. In addition to writing novels and occasional articles, Mayor gives talks and workshops all around the country, including the Bread Loaf Young Writers conference in Middlebury, Vermont, and the Colby College seminar on forensic sciences in Waterville, Maine. He is also a death investigator for Vermont’s Chief Medical Examiner, a deputy for the Windham County Sheriff’s Department, and has 25 years experience as a volunteer firefighter and EMT.

Mayor’s critically-acclaimed series of police novels features Lt. Joe Gunther of the Brattleboro, Vermont police department. The books, which have been appearing about once a year since 1988, have been published in five languages (if you count British,) and routinely gather high praise from such sources as the New York Times, the Washington Post, the Los Angeles Times, the New Yorker, and many others, often appearing on their “ten best” yearly lists.

Whereas many writers base their books on only interviews and scholarly research, Mayor’s novels are based on actual experience in the field. The result adds a depth, detail and veracity to his characters and their tribulations that has led the New York Times to call him “the boss man on procedures.”

The New York Times bestselling Joe Gunther series returns with a complex case involving two corpses, one escaped mental patient, and a long-held secret that binds them together.

"Three can keep a secret, if two of them are dead." --Ben Franklin

Joe Gunther and his team--the Vermont Bureau of Investigation (VBI)--are usually called in on major cases by local Vermont enforcement whenever they need expertise and back-up. But after the state is devastated by Hurricane Irene, the police from one end of the state are taxed to their limits, leaving Joe Gunther involved in an odd, seemingly unrelated series of cases. In the wake of the hurricane, a seventeen year old gravesite is exposed, revealing a coffin that had been filled with rocks instead of the expected remains.

At the same time, an old, retired state politician turns up dead at his high-end nursing home, in circumstances that leave investigators unsure that he wasn't murdered. And a patient who calls herself The Governor has walked away from a state mental facility during the post-hurricane flood. It turns out that she was indeed once "Governor for a Day," over forty years ago, but that she might have also been falsely committed and drugged to keep her from revealing something that she saw all those years ago. Amidst the turmoil and the disaster relief, it's up to Joe Gunther and his team to learn what really happened with the two corpses--one missing--and what secret "The Governor" might have still locked in her brain that links them all.