These events all took place in our Essex store.

Calling all young writers! Join us at the Cafe at Phoenix for a two-hour write-a-thon, with prizes given out at the end of the night. This event will be coordinated by Browns River Middle School librarian Joyce Babbitt, and is inspired by NaNoWriMo (National Novel Writing Month, which takes place during November). To learn more about the NaNoWriMo Young Writers Program, visit ywp.nanowrimo.org, but don't worry: absolutely all young writers are welcome, whether you're participating in NaNoWriMo or not. See you there! 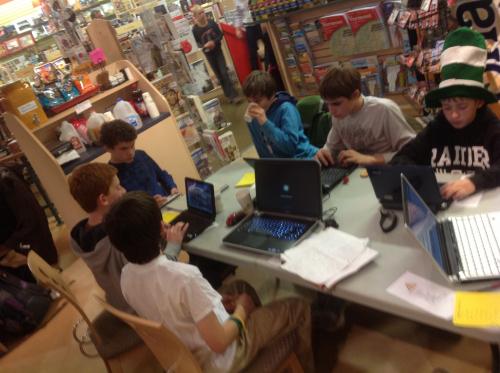 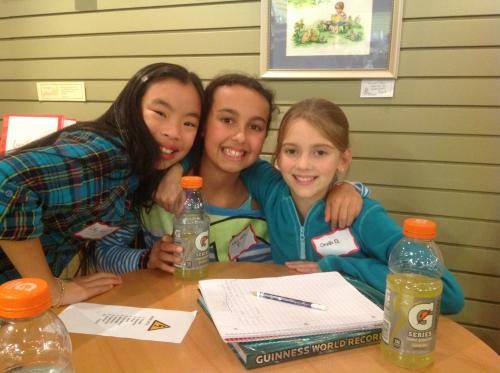 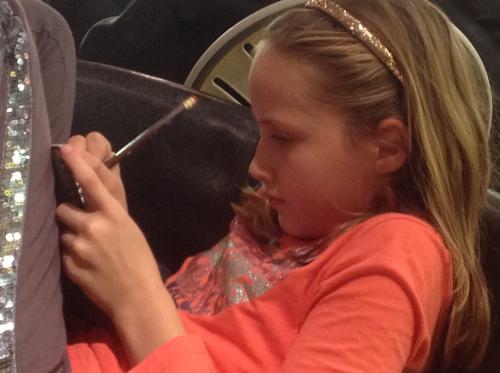 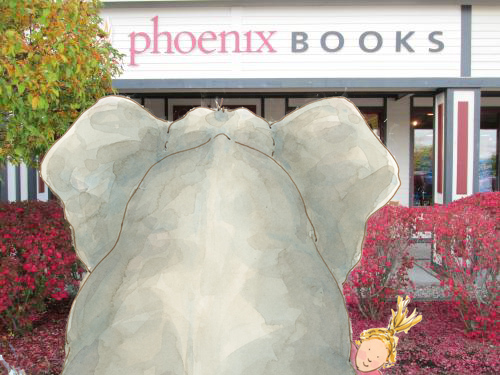 We're very excited to announce a book launch extravaganza with none other than Tracey Campbell Pearson! Please join us to celebrate the release of her latest picture book, Elephant's Story.

About Elephant's Story: The day Gracie loses her favorite book, Elephant finds it. He sniffs the words ONCE UPON A TIME THERE WAS and--oops--they go up his trunk, where they wiggle and jiggle and make him sneeze. The letters fly through the air helter skelter, and when Elephant tries to put them back together, he can't figure out how to make the right words that fit. He asks his friends for help, but they just choose some of the letters to make up their own words--Alligator wants to CHEW them, Seal SPINs them, Monkeys THROW them, and Bear just SNOREs. Lucky for elephant, Gracie comes looking for her book. She makes the letters into the right words and then adds some of her own: a girl went to the zoo and made a new friend. 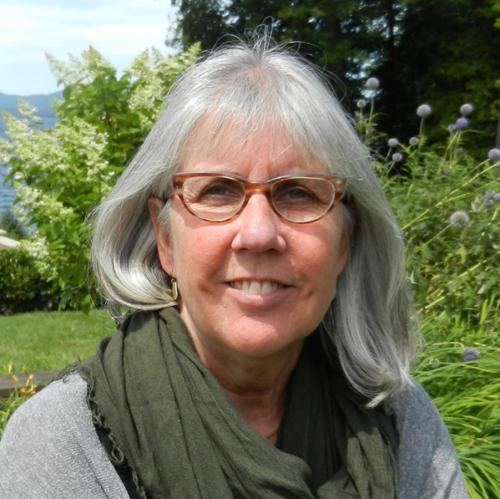 Tracey Campbell Pearson is the author and illustrator of many children’s books, including Bob, which Booklist called "a visual treat," and a series of board books including Diddle, Diddle, Dumpling, a Parenting Magazine Best Book of the Year. She lives in Jericho Center, Vermont.

Join Dan Close for a discussion of his latest work, a historical novel entitled The Glory of the Kings.  This story recounts the adventures of two Ethiopian brothers who in 1895 join the army of Emperor Menelik II and go off to fight against the European colonizers bent on conquering the ancient mountain kingdom.

About the book: The year is 1896. The European colonizing effort known as ‘The Scramble For Africa’ is at its peak. Against the threat of invasion, Ethiopian Emperor Menelik II, King of Kings, Conquering Lion of the Tribe of Judah, issues a proclamation of war and rallies his troops to the defense of the Motherland. In the far south of Ethiopia, in the small mountain town of Bekoji high on the Arusi Plateau, two brothers – Bedane and Chala Negassa – answer the Emperor’s call to battle. Too young to join the army, Chala is assigned to guide Haile Mikael Tesfaye, the Bishop of Ba’le Province, and help him journey north to the battle to pray for the success of the troops. This, then, is the tale of the adventures of Bedane, Chala, and Father Haile, as the Bishop likes to be called. The characters are fictitious. The historical events are real. 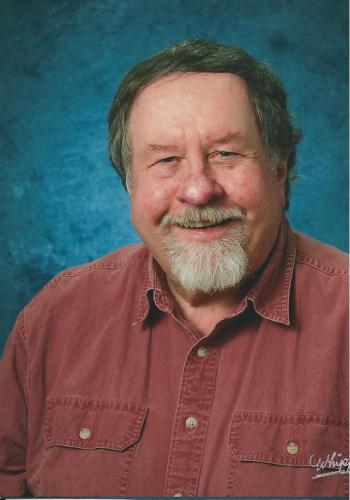 Dan Close's background in education includes teaching in a variety of places across the globe, including Long Island, Manhattan, the Bronx, St. Croix in the Virgin Islands, Shiprock in Navaholand, and at 9000’ altitude in the little mountain town of Bekoji, fabled home of Ethiopia’s Olympic-gold-medal-winning long-distance runners. He is the author of several books, including What the Abenaki Say About Dogs, A Year On The Bus, and Stories From The Arusi Hills (which was selected for the official 50th Anniversary Peace Corps Collection of the Library of Congress). His previous works have been favorably reviewed by writers as diverse as Jodi Picoult and Rusty DeWees. He currently lives in Underhill, Vermont and, when he isn’t writing something, he can be found stacking wood, muttering about the state of his garden, driving hither and yon, and wondering what’s going to happen next. 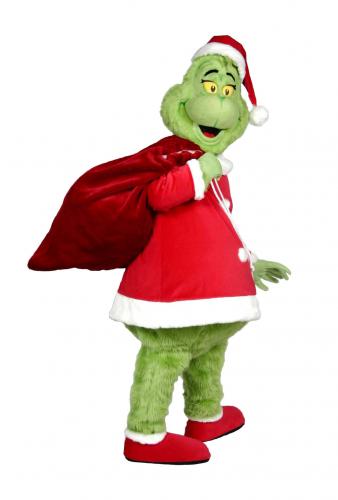 Join us for a seasonal story time and activities.  Bring your own camera, and get your photo taken with the Grinch! 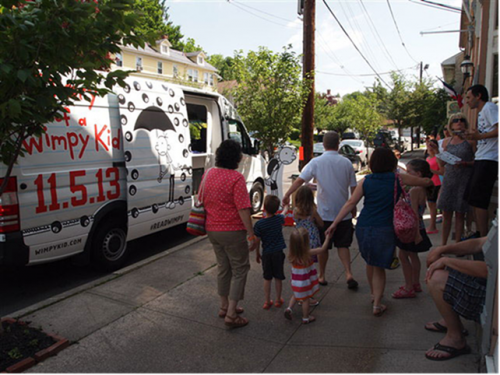 We are thrilled that the Diary of a Wimpy Kid Book 8 Mobile will be at our store! Wimpy Kid book 8 will release on November 5, 2013, and is one of the biggest books of the year. Come one, come all to get free Wimpy Kid goodies, see Wimpy Kid book trailers, get your photo taken and emailed or texted to you, and preorder book 8 and buy favorite backlist books.

NOTE: Jeff Kinney will not be making an appearance with the book 8 mobile.

Diary of a Wimpy Kid # 5: The Ugly Truth (Hardcover) 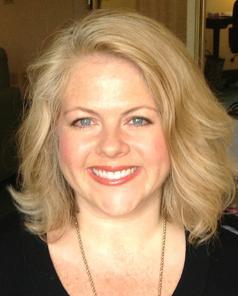 Kick off the Halloween season with a tarot reading from Geri Ann Higgins!  You just might find that tarot is a lot more practical - and less eerie - than you expect.

These "mini" readings will be approximately 8-10 minutes long, and will be scheduled throughout the afternoon.  Space is limited, so please sign up ahead of time by calling 872-7111 or stopping in at Phoenix Books Essex. Also, please be sure to arrive a few minutes early.  You can choose from one of the following three spreads; we encourage you to choose before arriving, so that you have as much time as possible for your reading. Each mini reading is $10, cash or check only, payable at the reading.

1.  Help with Problem Solving: Reveals a situation presently facing you, an approach not to take, a suggested approach to take.

2.  Will, Fortune, Fate, Free Will (Higher Self): Will - What you are trying to create in your life right now.  Fortune: "Lucky happenstance" occurring right now.  Fate - A current fate that will reveal itself based on a pattern of your behavior up until now.  Free Will - What your higher self is urging you to pay attention to/accomplish right now.

3.  Guidance for Tomorrow: Morning, afternoon, evening of the next day.

Geri Ann Higgins has been working with and studying the Tarot since the early 90's. She views Tarot as a tool for growth, healing, empowerment and peace of mind. "In some ways," she says, "Tarot works as a metaphysical 'life coach' through illuminating set patterns, serving up inspiring ideas, helping to visually set intentions and kickstart manifestation."

Based loosely on real life experiences, A Different Kind of Safari is a creative and fun heartwarming adventure book. The book is intended for parents, caregivers, teachers and children who may have felt at some point in their life that they were different from their peers. A book for all ages, the story clearly presents itself as a thought provoking, illustrating how self-awareness, and courage help a young boy named Raymond learn the difference between seeing things as they appear to be and seeing things as they are. Feeling “different and lonely” Raymond befriends a hippo while on Safari in Africa. Unlike other grey hippos, this hippo is pink. Ray is soon carried into a world of wonderment, a world beyond labels and challenging assumptions.

Prior to becoming a full-time professional Life Coach and author, Helen received her masters in counseling at Johnson State College and became a credentialed psychotherapist in 2007. Helen's practice, WithinU Life Coaching, supports adults and specializes in supporting adults with special needs and their families. Helen has over 13 years of counseling experience and over 20 years experience as a successful advocate for individuals with special needs. 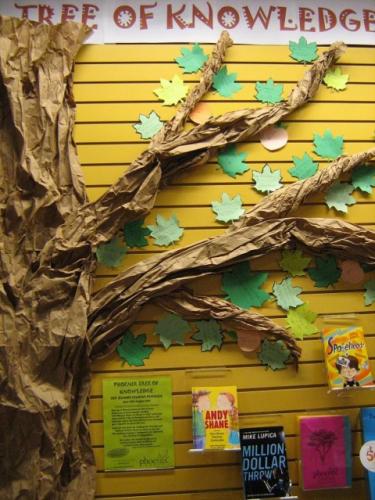 Phoenix Books is excited to announce our Tree of Knowledge Summer Reading Program for all of our young customers! Sign-up begins on June 20th, but feel free to join throughout the summer.

Over the summer, participants are encouraged to visit Phoenix Books Essex and Phoenix Books Burlington. While visiting, they'll be given a “leaf” on which they'll document their latest read. Leaves will be attached to our in-store Tree of Knowledge. Readers help the Tree "grow" all summer long by reading books and gaining new knowledge!

Our reading program is designed to be laid back, fun, and free of competition. It will run through the end of August, and is open to kids of all ages.  Come on in to sign up and get your reading log! 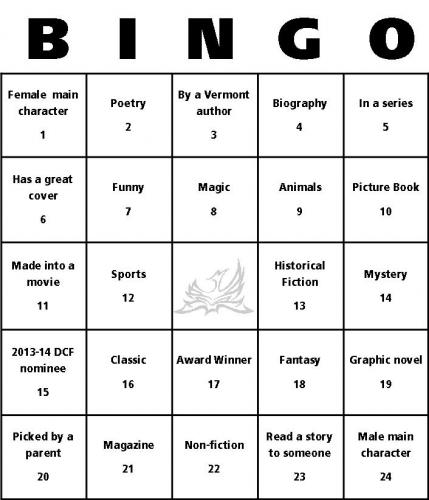 Kids entering 4th-8th grade in the fall are invited to play Bookstore Bingo this summer!  Read books to achieve "BINGO:"

Come on in to either Phoenix Books location to sign up and get your Bingo card!  Sign-up begins June 20th, but feel free to join throughout the summer.

Participants of Bookstore Bingo are encouraged to take part in our Tree of Knowledge summer reading program as well.