We'll read Apple by Nikki McClure, a simple, beautifully illustrated story for the coming spring, and we'll have an apple tree craft.

Join us for the first meeting of the Phoenix Books Burlington Reading Group!  We'll discuss Birds of a Lesser Paradise by Megan Mayhew Bergman.  "Bergman's first collection of stories is utterly fantastic," says Billy. "She has a voice of shocking power; her writing captures in the same moment the beauty and brutality of nature."  Register for the reading group in person at Phoenix Books Burlington and get 15% off this title!  (Drop-ins are welcome too, so don't be shy!)

Exploring the way our choices and
relationships are shaped by the menace and beauty of the natural world,
Megan Mayhew Bergman’s powerful and heartwarming collection captures the
surprising moments when the pull of our biology becomes evident, when
love or fear collides with good sense, or when our attachment to an
animal or wild place can’t be denied.

In “Housewifely Arts,” a
single mother and her son drive hours to track down an African gray
parrot that can mimic her deceased mother’s voice. A population-control
activist faces the conflict between her loyalty to the environment and
her maternal desire in “Yesterday’s Whales.” And in the title story, a
lonely naturalist allows an attractive stranger to lead her and her
aging father on a hunt for an elusive woodpecker.

As intelligent as they are moving, the stories in Birds of a Lesser Paradise are
alive with emotion, wit, and insight into the impressive power that
nature has over all of us. This extraordinary collection introduces a
young writer of remarkable talent.

We’re excited to announce that Phoenix Books Burlington will be hosting Jeff Miller’s Burlington Coffeehouse during First Night Burlington this year! Special thanks also goes to Green Mountain Coffee who will be sponsoring the site and providing coffee to the audience as they listen to the dulcet tones of the Patrick Fitzsimmons Trio, Peter Katz, Mark LeGrand & Sarah Munro, Anne Weiss, and Rik Palieri & Rebecca Padula.

The Coffeehouse will be open from 5pm-10pm, and Phoenix Books will be open for business from 10am-10 pm, on New Year’s Eve. Stop by and visit us!

First Night is a substance-free, New Year's Eve festival of the arts. It began in Boston in 1976 and is now in over 130 cities throughout the world.  Burlington was the fifth city in the world to embrace the First Night concept. First Night Burlington is Vermont's largest, single-day arts festival, providing an accessible and affordable New Year's Eve celebration to thousands of people in our community.  For more information, and to get your buttons, visit firstnightburlington.com.

Peter Katz
Jeff Miller’s Burlington Coffeehouse: 6-6:40pm
Multiple award-winner and JUNO Nominee Peter Katz captivates listeners with his unique brand of contemporary folk music. Playing 150+ dates per year all over the world, Katz’s remarkable efforts have resulted in him selling over 15,000 copies of his discs and sharing the stage with such notable artists as The Swell Season, Bedouin Soundclash, Dan Mangan and the legendary Garth Hudson from The Band. Not one to waste any time, Peter has just released a new studio album called ‘Still Mind Still’, followed by an extensive tour throughout Canada and parts of the U.S. and Europe. This new collection of songs is Katz’s best writing to date, recorded mostly live off the floor at a cabin in the woods and surrounded by a stunning atmospheric production thanks to producer Rob Szabo. “If talent alone ensures success, then Peter Katz will soon be a name on everyone’s lips” -The Record

Mark LeGrand & Sarah Munro
Jeff Miller’s Burlington Coffeehouse: 7-7:40pm
Sarah Munro has been singing all of her life. Her rich musical background beginning with her mom singing her to sleep with such mountain classics as Leadbelly's In The Pines. You can still hear the rich heartfelt soul of this music echoing joyously in her voice. Mark has been writing and performing his brand of "Thinking Man's Honky Tonk" in the spirit of John Prine and Hank Williams for over three decades. He has released two fine Vermont CDs, All Dressed Up, 2002 and Cold New England Town, 2006. The two released their first CD in 1998 titled Mischievous Angel to rave reviews. Jimmie Dale Gilmore, Austin Texas music icon comments, "I think the greatest function of music is when spirit comes through it — and to me, that's what happens with these songs." Together Mark and Sarah have a stunning harmony sound and an engaging stage presence.

The Chalk Cats (Rik Palieri & Rebecca Padula)
Jeff Miller’s Burlington Coffeehouse: 9-9:40pm
Their roots run deep. Rik Palieri and Rebecca Padula employ an arsenal of instruments to dig up dust bowl ballads, blues, Appalachian banjo tunes, Hobo stories and songs from their home state, Vermont. Their set often includes music from the folk revival of Seeger and Guthrie, Utah Phillips, Leadbelly and traditional music mined from the vast archives of folksong collectors who have come before them. They explore the diversity of American musical traditions and make their own innovative contributions to these traditions with their original songs. They also enjoy sharing the music with audiences, getting them to sing or stomp along with their high energy performance and drawing them in with Rik's stories and Rebecca's whiskey and honey voice.

We'll read One Cool Friend by Toni Buzzeo - a 2013 Red Clover Winner - plus do a craft that will allow you to bring home your very own penguin!

Our Children Can Soar: A Celebration of Rosa, Barack, and the Pioneers of Change (Paperback)

We'll read Our Children Can Soar and make a unity wreath craft!

Counting in the Garden (Board Books)

Evelyn will host a counting-themed story time! We'll read Counting in the Garden, by Kim Parker, and the activities will revolve around numbers and counting. (All ages welcome, but this week's story time is just right for preschoolers.) 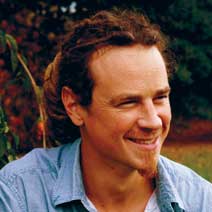 Join Guido Masé, cofounder of The Vermont Center for Integrative Herbalism, to learn how health care can be easy, delicious, and effective with The Wild Medicine Solution.

Blending traditional herbal medicine with history, mythology, clinical practice, and recent findings in physiology and biochemistry, Masé's new book, The Wild Medicine Solution, explores the three classes of plants necessary for the healthy functioning of our bodies and minds--aromatics, bitters, and tonics. Masé explains how bitter plants ignite digestion, balance blood sugar, buffer toxicity, and improve metabolism; how tonic plants normalize the functions of our cells and nourish the immune system; and how aromatic plants relax tense organs, nerves, and muscles and stimulate sluggish systems, whether physical, mental, emotional, or spiritual. He reveals how wild plants regulate our heart variability rate and adjust the way DNA is read by our cells, controlling the self-destructive tendencies that lead to chronic inflammation or cancer.

Offering examples of ancient and modern uses of wild plants in each of the 3 classes--from aromatic peppermint to bitter dandelion to tonic chocolate--Masé provides easy recipes to integrate them into meals as seasonings and as central ingredients in soups, stocks, salads, and grain dishes as well as including formulas for teas, spirits, and tinctures. Providing a framework for safe and effective use as well as new insights to enrich the practice of advanced herbalists, he shows how healing “wild plant deficiency syndrome”--that is, adding wild plants back into our diets--is vital not only to our health but also to our spiritual development.

Guido Masé is a clinical herbalist, herbal educator, and garden steward. The cofounder and codirector of the Vermont Center for Integrative Herbalism, he is a professional member of the American Herbalists Guild, the American Botanical Council, and United Plant Savers. He lives in South Burlington, Vermont.

Kristen says, "In The Wild Medicine Solution, Guido Mase offers an elegant yet
accessible framework for using herbal medicine:  Mase suggests that
three classes of herbs - aromatics, with their soothing and uplifting
qualities; bitters, which function as digestive stimulants; and
nourishing tonics - are uniquely suited for balancing the physical and
psychological stresses of modern life.  He offers several examples of
herbs in each of these categories; many, like ginger and chocolate, will
be familiar even to readers who don't have a background in herbalism.
Mase offers lots of practical information - like simple recipes for each
herb - and also deftly places the use of these herbs in the context of
recent medical history as well as thousands of years of traditional
herbalism.  This book offers insights for even experienced herbalists
but - with a writing style that is both articulate and conversational -
The Wild Medicine Solution will appeal to anyone looking to get or stay
healthy in a challenging world."

They became America’s first black paratroopers. Why was their story never told? Sibert Medalist Tanya Lee Stone will reveal the history of the Triple Nickles during World War II at her book launch for Courage Has No Color.

About the book: World War II is raging, and thousands of American soldiers are fighting overseas against the injustices brought on by Hitler. Back on the home front, the injustice of discrimination against African Americans plays out as much on Main Street as in the military. Enlisted black men are segregated from white soldiers and regularly relegated to service duties. At Fort Benning, Georgia, First Sergeant Walter Morris’s men serve as guards at The Parachute School, while the white soldiers prepare to be paratroopers. Morris knows that for his men to be treated like soldiers, they have to train and act like them, but would the military elite and politicians recognize the potential of these men as well as their passion for serving their country? Tanya Lee Stone examines the role of African Americans in the military through the history of the Triple Nickles, America’s first black paratroopers, who fought in a little-known attack on the American West by the Japanese. The 555th Parachute Infantry Battalion, in the words of Morris, “proved that the color of a man had nothing to do with his ability.”

A captivating look at a small but significant piece of military and civil rights history. --Publishers Weekly (starred review)

Tanya Lee Stone is the Robert F. Sibert Award–winning author of Almost Astronauts: 13 Women Who Dared to Dream. This new book was seven years in the making, as she did extensive original research and tracked down archival photos. Tanya Lee Stone lives in Vermont.

Courage Has No Color, The True Story of the Triple Nickles: America's First Black Paratroopers (Hardcover)