Join us for this very special Saturday Story Time!  Marilyn Webb Neagley will visit us to read her new book, Loosie B. Goosie, which is based on a true story that happened when the author was president of Shelburne Farms.

Loosie B. Goosie is the story of a goose with a broken wing that was rescued one summer by a young couple on Shelburne Farms. When the seasons changed and summer turned to fall, Loosie could not join her friend and fly south with other geese for the winter; another solution had to be found for Loosie. The surprise ending makes this a warm story of friendship, good fortune, and care. 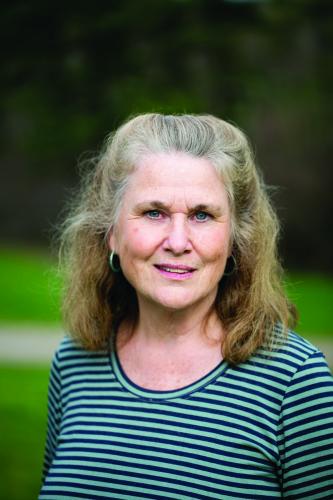 Marilyn Webb Neagley is a Vermonter who spent her childhood in Ascutney and currently lives in Shelburne with her husband, Mark. She is a grandmother and mother of two daughters, Anna and Heidi, and one son, Sam. Marilyn is the author of Walking through the Seasons and co-editor of Educating from the Heart. Currently, she is director of the Talk About Wellness initiative (www.talkaboutwellness.org), an organization that works to “broaden education to include spirit.” In that role she also leads introductory workshops in mindfulness-based meditation. Marilyn enjoys walking, writing, and painting as reflective pastimes. 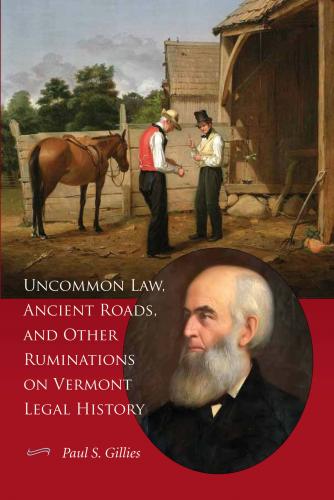 The 25 essays collected in this new book from the Vermont Historical Society examine the founda­tions of legal thought in Vermont, historical issues ranging from log drives to the keeping of sheep to blue laws, the state’s legal luminaries, and contemporary issues including ancient roads and Act 250.

Vermont was born in conflict and existed as an independent political community until becoming the 14th state in 1791. During those early years Vermonters had to chart their own course in matters of law. From these unique origins, the history of law in Vermont traces the evolution of social and economic developments over time and provides a fascinating lens for understanding the history of the Green Mountain State.

Former Governor James Douglas says, “Everyone interested in how we evolved into such a special place needs to read this book.”

Paul S. Gillies is a partner in the Montpelier law firm of Tarrant, Gillies, Merriman & Richardson. He co-edited The Records of the Vermont Council of Censors (1991) with D. Gregory Sanford, and wrote A Book of Opinions (1993) with James H. Douglas and A Place to Pass Through: Berlin, Vermont 1820–1991 (1992). He is a co-founder of the Vermont Judicial History Society and the Vermont Institute for Government. A former Vermont Deputy Secretary of State, he is presently Moderator of the Town of Berlin.

This Saturday we'll read Open Very Carefully by Nick Bromley and Nicola O'Byrne, and make our own storybooks.

The Day the Crayons Quit (Hardcover)

This Saturday we will read The Day the Crayons Quit by Drew Daywalt and Oliver Jeffers, and color pictures using crayons in as many  colors as we can! 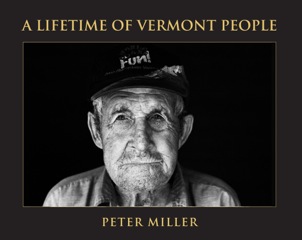 A Lifetime of Vermont People is a bold glimpse of the rural people who gave Vermont its character as documented over 60 years by the photographer-writer Peter Miller.

Peter Miller began his career in 1959 as a reporter for LIFE Magazine. He left LIFE to move to his home state of Vermont where he became a freelance photographer and writer. For 20 years he was a contributing Editor to SKI Magazine and a freelance writer for The New York Times, Smithsonian and many travel magazines. He became a stock photographer for The Image Bank, Iconica and Picade, a cooperative stock photographer agency. He has authored nine books including Vermont People, Vermont Farm Women, People of the Great Plains and The First Time I Saw Paris. He has won numerous awards for his books, his photography, and was named Vermonter of the Year and honored by the Vermont Legislature for his work in documenting the culture of Vermont. He has had exhibitions of his work in New York, Paris, and Tokyo. His books may be viewed at petermillervermont.com and his black and white photography, for which he is well known, may be viewed at petermillerphotography.com. He lives in Colbyville, Vermont. 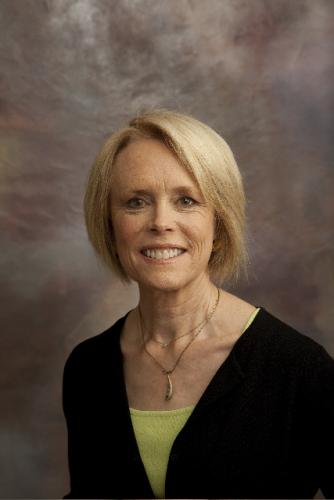 Join us in welcoming Katharine Britton for a discussion of her new novel, Little Island, which has already been garnering high praise:

“[A] deeply compassionate story of an extended New England family beleaguered by loss, misunderstandings, and terrible secrets...[Britton] understands how, through love, the human heart can overcome just about anything.”—Howard Frank Mosher

“Acutely rendered details of a beloved natural landscape and [a] wise understanding of complex human hearts. The tale is touched with heartbreak but leavened with humor.”—Reeve Lindbergh, author of Under a Wing and Forward From Here

Katharine Britton teaches at the Institute of Lifelong Education at Dartmouth College, the Writer's Barn in Shelburne and the Writer's Center in White River, Vermont. She has written three screenplays, one of which is a Moondance International Film Festival winner, and has a master's degree in creative writing from Dartmouth College. She is the author of one previous novel, Her Sister's Shadow, and lives in Vermont.

"Grace
Flowers
By the water
Have fun!"
These are Joy's grandmother's last words--left behind on a note. A note
that Joy's mother, Grace, has interpreted as instructions for her
memorial service. And so, the far-flung clan will gather at their inn on
Little Island, Maine, to honor her.
Joy can't help dreading the
weekend. Twenty years ago, a tragedy nearly destroyed the family--and
still defines them. Joy, Grace, her father Gar, and twins Roger and
Tamar all have their parts to play. And now Joy, facing an empty nest
and a nebulous future, feels more vulnerable than ever to the dangerous
currents running through her family.
But this time, Joy will
discover that there is more than pain and heartbreak that binds them
together, when a few simple words lift the fog and reveal what truly
matters... 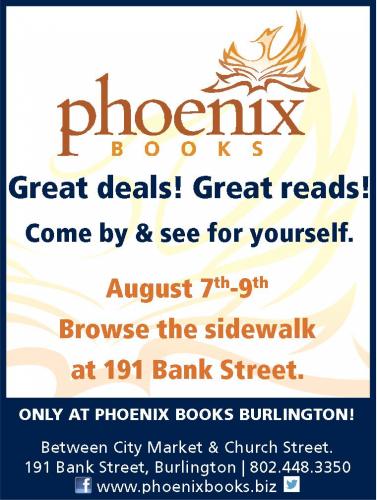