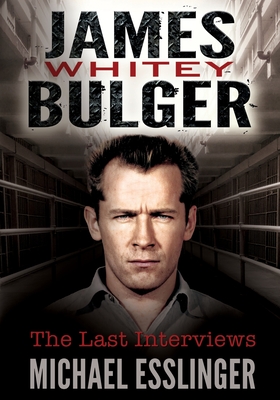 NOTE: This book contains graphic depictions of extreme crime and violence. Its content may not be suitable for all readers.

** Includes a foreword by James 'Whitey' Bulger and is illustrated with more than 450 photographs and original documents.**

Before legendary crime mogul James "Whitey" Bulger became one of the most influential mob bosses of the 20th century, he served time on Alcatraz from November 1959 until July 1962 for a string of brazen bank robberies. Bulger was confined alongside many of America's most prominent public enemies - men like Alvin Karpis, Mickey Cohen, Frankie Carbo, and Harlem boss Bumpy Johnson. He had a front row seat to many historically significant events, including the famous 1962 escape of Frank Lee Morris and the Anglin brothers (which was later portrayed by Clint Eastwood in the classic film Escape from Alcatraz.) After serving nine years in federal prison, Bulger returned to Boston where he rose to the highest stratus of crime figures, ultimately reaching #1 on the FBI's 10 Most Wanted fugitive list. After sixteen years at large, the enigmatic Bulger was arrested in an ocean side neighborhood of Santa Monica, California, in 2011.

Author and historian Michael Esslinger spent seven years conducting interviews with Whitey Bulger following his capture in 2011. Their conversations captured Bulger's memories of an early life in crime, his years as a prisoner on Alcatraz, and his life as one of the FBI's Most Wanted fugitives. The Last Interviews is a collection of Bulger's own memories, transcribed directly from personal interviews that chronicle a lifetime spent in crime. It is a scrapbook weaved together from prison documents, personal letters, and candid conversations that offer intimate details about his life. The interviews spanned from only weeks following his capture in 2011, until just months before his brutal murder in 2018. It's a collection of stories brought to life by Bulger himself, written from inside his prison cell; transcribed from his own voice, and culled from the actual prison casefiles. Though he remained one of the most notorious and elusive public figures of the last century during his lifetime, these interviews help strip away the mystery of Whitey Bulger. His memories about his early and later parts of life, and about many of the famous and not-so-famous men of Alcatraz, as Whitey Bulger remembered them - like a voice from beyond the grave.