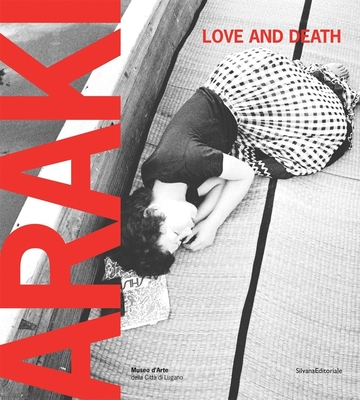 
Email or call for price.
Japan's most famous photographer, and one of photography's most prolific bookmakers, Nobuyoshi Araki is notorious for his erotic photographs of women in bondage. Japanese bondage, which differs from western bondage in its orchestration of knots and binding to arouse specific points upon the body, offers visual as well as erotic rewards that Araki has scrutinized with great zeal. Araki is able to bestow eroticism upon all manner of natural imagery, but is also celebrated for series such as Sentimental Journey and Winter Journey, which record his marriage and the death of his wife. Driven by an attraction to the uncensored facts of Eros and Thanatos, Araki has always made humanity the center of his concerns; but at several junctures in his career, the authorities have evinced indifference to such motives, removing his work from sale and arresting curators for exhibiting his work. Nonetheless, the craft of Araki's photography is not in doubt, and in recent years, his work has expanded to accommodate broader aspirations, inflected by age: When I photograph unhappiness I only capture unhappiness, he told Nan Goldin in an interview, but when I photograph happiness, life, death and everything else comes through. With over 300 photographs, this monumental survey provides a careful selection from his most important photographic cycles, from Satchin and Sentimental Journey to Winter Journey, Cityscapes Polart, Sensual Flowers, Bondage and others, to his most recent works. Born in Tokyo in 1940, Nobuyoshi Araki worked at an advertising agency in the 1960s, where he met his future wife, Yoko Araki, the subject of his now classic volume Sentimental Journey. Her last days were recorded in a 1990 volume called Winter Journey. At the age of 70 his prolificness remains undimmed: It is my past and the lust for life that is pushing me to take pictures now.