The Steenwyck Family as Masters of Perspective (Hardcover) 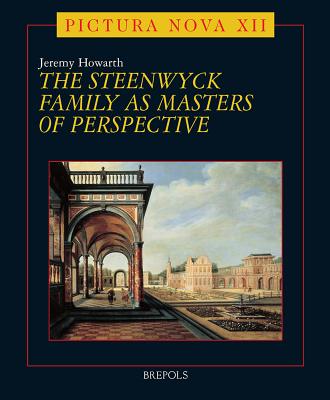 The Steenwyck Family as Masters of Perspective (Hardcover)


Email or call for price.
The Steenwyck family - Hendrick the Elder and his son Hendrick the Younger, together with the latter's wife Susanna Gaspoel, represent a remarkable group of artists, successful and well regarded in their own time, but now somewhat overlooked. They were among the first artists to concentrate on making use of the science of perspective to produce idealised and meticulously painted architectural scenes, enhanced by elegant figures, sometimes executed by artists of the quality of Jan Brueghel I, as the basis of a new style of painting. Spanning the turbulent period from the late 16th to the mid 17th centuries they succeeded in producing a new art form that found favour with connoisseurs in much of Europe, including the court of King Charles I in London, where Steenwyck the Younger worked for over 20 years. This book, the first ever written on the Steenwycks, covers the work of this talented family and explores the social, economic and religious conditions which help to explain the appeal of this elegant new style to their patrons. The catalogue raisonne covers the known works of the artists and contains detailed provenances and bibliographic references. The book contains a number of illustrations, including a number which will be barely known except by specialists in the subject.