The Reception of P.P. Rubens's 'Palazzi Di Genova' During the 17th Century in Europe: Questions and Problems (Paperback) 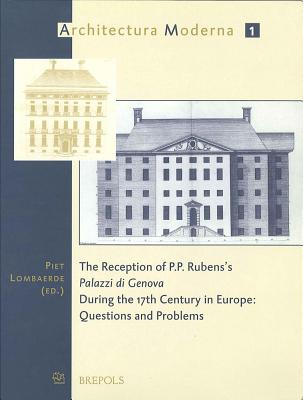 The Reception of P.P. Rubens's 'Palazzi Di Genova' During the 17th Century in Europe: Questions and Problems (Paperback)


Email or call for price.
Rubens' book 'Palazzi di Genova' was well diffused in European countries as England, the Netherlands, France, Germany and Italy thanks to the numerous contacts the famous painter and diplomat maintained in humanistic, artistic and political circles. From 1622 on this book, containing two volumes, was edited at several times during the 17th and 18th Century. But the direct influences of the numerous facades, plans, cross-sections, staircases and building details on modern architecture look rather limited, especially in his own country. In this study, several scholars in architectural history analyse how the examples of Genoese palazzi and churches as presented by Rubens were accepted in different European countries. Much attention is given to the question if these examples inspired a new architectural typology, in which the inner court of the houses was substituted by a 'salone in mezzo'. An attempt is made to situate Rubens' book among the late 16th and early 17th Century treatises and model books. The way in which Rubens presented the new Genoese architecture of villa's, palaces and churches and the introduction he wrote as a 'painter-architect' to this book were so modern at that time, that the reception of this prestigious edition in folio had more to do with changes in considering architectural theory and practice as with the propagation of a late renaissance style influenced by Antique examples.