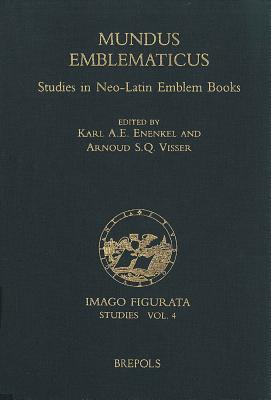 
Email or call for price.
The thirteen articles in this volume deal with the Neo-Latin emblem book after the birth of the genre with Andrea Alciato's Emblematum libellus (1531). While the interest in emblematics has grown considerably during the last decades, the seminal Neo-Latin production has received relatively little attention. In Mundus Emblematicus an international team of experts in the field makes this part of the emblem tradition accessible to a broad scholarly audience. The articles cover a variety of emblem books published at the time, ranging from influential humanist collections (for instance those by Achille Bocchi, Hadrianus Junius, or Joachim Camerarius) to alchemist (Michael Maier) or religious emblems (such as the books of the Calvinist Theodere de Beze, or the Jesuit Herman Hugo). In each paper subjects dealt with include the historical context of the work and its makers, the relation between word and image, the structure of the collection as a whole, and the emblematic game (intertextuality in word and image). Moreover, several articles explore the interaction between the emblem and connected literary phenomena, like the commonplace-book, the fable or the use of commentaries. All papers are in English and all examples from Latin texts are translated. Together, these articles show the variety within the Neo-Latin emblem production, thus challenging traditional approaches of the emblem. As such Mundus Emblematicus contributes towards a more comprehensive view of the forms and functions of the genre as a whole.