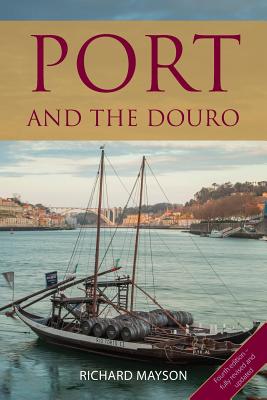 Richard Mayson's award-winning Port and the Douro, first published in 1999, has become a classic over the last 20 years. In this comprehensively updated fourth edition he reminds us why Port is a drink that continues to fascinate wine-lovers and win new fans.

The last 45 years, since the end of the dictatorship in 1974, have seen vast transformations in the Port world, from labour-saving technology in field and cellar, to advances in sales reach, especially since Portugal's formal entry into the EU in 1986, and ongoing changes in the way the industry is managed and regulated.

To begin with, Mayson provides a history of Port, from the beginnings of viticulture in Roman times to the present day. The vineyards and their vines as well as the quintas where they are cultivated are thoroughly explored, followed by an explanation of Port production, both traditional and modern. A short introduction to Port types prepares the reader for a detailed assessment of vintages from 1960-2017, some of which have been tasted afresh for this edition; notable vintages (both exceptional and poor) dating back as far as 1844 are also included. The structure of the Port trade remains in flux, and so the chapter on the shippers reflects recent changes in fortune and ownership. Douro wine, which pre-dates its fortified cousin and has seen its revival accelerate over the last 20 years, receives an entire chapter to itself. Finally, for those wishing to visit the region, there are some ideas on what to do and where to stay.

Peppered throughout with anecdotes, potted biographies of those who shaped the industry and insights into quirks of the trade, this extensive and engaging guide to Port is an essential book for any wine enthusiast's library.