The Record: Mind, Matter, and What Happened in 1987 (Hardcover) 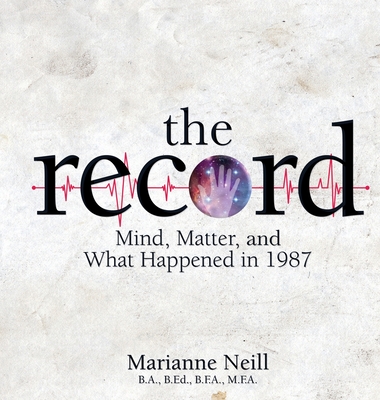 The Record: Mind, Matter, and What Happened in 1987 (Hardcover)

A work of visual art and ideas, The Record: Mind, Matter, and What Happened in 1987 begins as a series of three art books in which a "meaning matrix" becomes a medium of cognitive sculpture. The book then explores the implications of this "matrix" for meaning in a post-truth world.

As an artistic undertaking, the challenge for The Record was to acknowledge that meaning is both ontic and epistemic - when we change the meanings of words and thoughts, we change our reality, sometimes profoundly. How could an artistic and historical record reflect an understanding of what is happening in mind, cognition, and in the world when meaning is altered?

Starting as an artist facing a problem of meaning, Neill journeys through art, modern art theory, physics, and philosophy of mind and cognition to discover a method and theory. The contemporary crisis in truth ultimately is addressed as a crisis of meaning arising from the confrontation of dualism with non-duality and panpsychism. Interpretation of late twentieth century art suggests a way forward.

As modern art theory, The Record shows how twentieth century art parallels developments in relativity theory and quantum physics. Artists such as Duchamp, Beuys, Smithson, and Hamilton Finlay, and scientists such as Jung and Pauli, Bohm, and Spivey inform a theory of reality, imagination, and meaning.