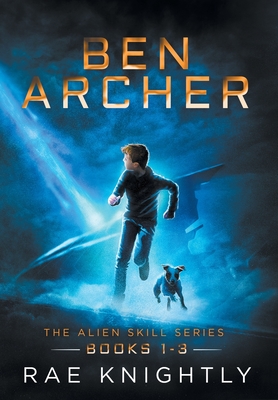 THE ALIEN SKILL SERIES (BOOKS 1-3) IN A SINGLE VOLUME

"This series will be around for years " (Amazon review)

A BOY WITH AN ALIEN POWER.

"The thing is, it wasn't meteors that fell into the woods that night. It was alien spacecraft."

The destinies of a twelve-year-old boy and an alien man become inextricably linked as they go on the run from government agents and a shapeshifting enemy.

However, one question hovers above their unlikely friendship: why did the aliens come to Earth in the first place?

The Alien Skill Series is a science-fiction adventure story for fans of Percy Jackson, A Wrinkle in Time and Lost in Space. These books for teens have won the hearts of young and old alike, turning them into a best-selling, award-winning coming-of-age series filled with alien powers, hidden enemies, shapeshifters and a thought-provoking glimpse into the way we treat our planet.