Isole and the Astronomical Compendium (Paperback) 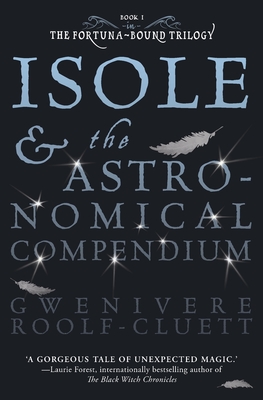 Isole and the Astronomical Compendium (Paperback)

Isole's hopes for adventure are as muddy as the mop-water at Eavesdrip House, where she scrubs the floors for the embittered Lady Bothering.

Then an unexpected gift arrives in the form of Kina, a beautiful tropical bird of uncommon understanding, and Isole finds her first friend. Encouraged by a mysterious gray mouse and Edmund, the charming son of her employer - whose only defect is that he's dead (and a bit vain) - Isole resolves to set Kina free.

When her plot fails, she and Kina find themselves adrift on the streets of Caerlondin. Allied with a sarcastic Vandori chimney sweep, they navigate the perils of the city, find a friend from Isole's past, and confront the leader of a dangerous street gang. Isole and her crew could get to the docks in time to claim their adventure - but they'll have to work together.