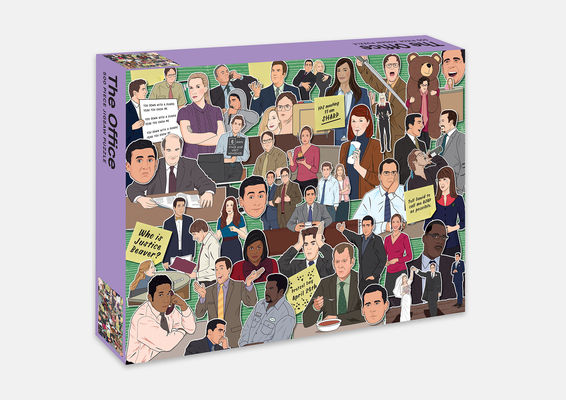 
Not in stock. At Our Partner Warehouse: Usually Ships in 4-7 Days
Netflix and chill with a jigsaw! This unofficial puzzle is the perfect gift for superfans of TV's The Office.

As you assemble The Office Jigsaw Puzzle, the 500 pieces will reveal the faces of Michael Scott, Dwight Schrute, Jim and Pam, and all the iconic characters from the greatest sitcom ever. This is one for the fans of the TV show that became the most popular series on Netflix and that continues to gather ever more fans. Pop on the show while you're doing the jigsaw for the full immersive experience.
Chantel de Sousa created the fun designs for these playing cards. She's previously illustrated the Will & Grace Playing Cards, Seinfeld Playing Cards, Friends Playing Cards, and Golden Girls Tarot Cards, all released by Smith Street Gift.