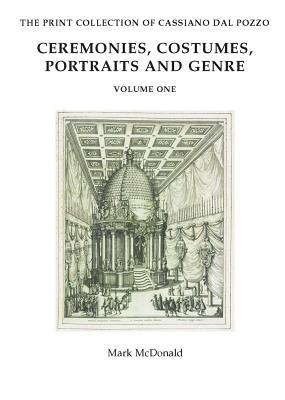 
Email or call for price.
Cassiano dal Pozzo's print collection was unique in its scope and organisation. Some 3,000 prints are known, in nine albums and many loose impressions mainly divided between the British Library and the Royal Library at Windsor Castle. Cassiano (1588-1657) and his younger brother Carlo Antonio dal Pozzo (1606-89) did not commission printmakers to engrave plates (as they did drawings), buying instead what was available from the flourishing printmaking industry of the time. The material they collected was essentially documentary, and they organised the collection by subject matter: costumes, religious processions and ceremonies, tombs and catafalques, the history of St Peter's, architecture, topography, maps and military engagements, portraits, social and humorous subjects, and so on. This first part of the catalogue presents ceremonies, costumes, portrait and genre prints. A remarkable proportion of the prints are not to be found in the existing literature, and many constitute additions to the known works of major printmakers. Indeed Cassiano's collection has been described as 'so far outside the common range of print collectors both in the seventeenth century and today that a very high proportion of its contents is excessively rare and will only with great difficulty be found elsewhere'. This ground-breaking catalogue will be an essential resource not only for students of prints, but for all those studying European visual culture in the seventeenth century.