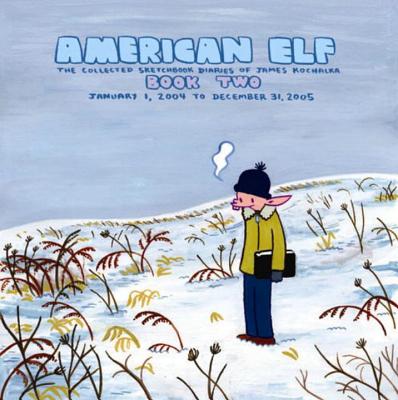 This is book number 2 in the American Elf series.

Kochalka invented the daily diary comic strip, spawning a grass roots comix movement that has swept across the globe. Every day Kochalka draws a little comic strip about something that happened to him that day. As simple as that concept might seem, in Kochalka's hands it becomes something astounding and surprising; wickedly funny at times and deeply moving at others. This volume prints all the strips from 2004 and 2005 in gorgeous full-color.