The Five Hundred Year Rebellion: Indigenous Movements and the Decolonization of History in Bolivia (Paperback) 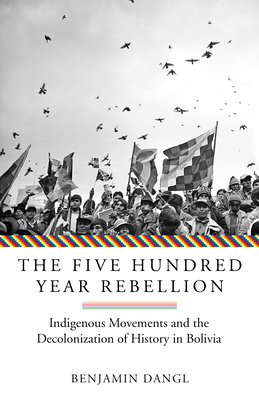 After centuries of colonial domination and a twentieth century riddled with dictatorships, indigenous peoples in Bolivia embarked upon a social and political struggle that would change the country forever. As part of that project activists took control of their own history, starting in the 1960s by reaching back to oral traditions and then forward to new forms of print and broadcast media. This book tells the fascinating story of how indigenous Bolivians recovered and popularized histories of past rebellions, political models, and leaders, using them to build movements for rights, land, autonomy, and political power. Drawing from rich archival sources and the author's lively interviews with indigenous leaders and activist-historians, The Five Hundred Year Rebellion describes how movements tapped into centuries-old veins of oral history and memory to produce manifestos, booklets, and radio programs on histories of resistance, wielding them as tools to expand their struggles and radically transform society.

Benjamin Dangl has a PhD in Latin American history from McGill University and has worked as a journalist throughout Latin America for over fifteen years, covering politics and protest movements for outlets such as The Guardian, Al Jazeera, The Nation, Salon, Vice, and NACLA Report on the Americas. He is the author of The Price of Fire: Resource Wars and Social Movements in Bolivia and Dancing with Dynamite: Social Movements and States in Latin America, both published by AK Press. Dangl edits TowardFreedom.org, a progressive perspective on world events, and teaches at Champlain College.