The Codebreakers of Bletchley Park: The Secret Intelligence Station That Helped Defeat the Nazis (Paperback) 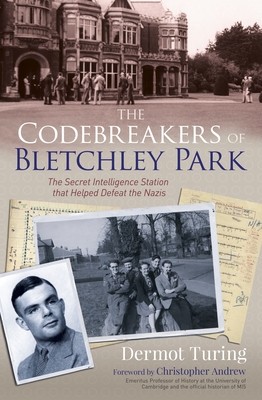 The Codebreakers of Bletchley Park: The Secret Intelligence Station That Helped Defeat the Nazis (Paperback)

At Bletchley Park, some of Britain's most talented mathematicians, linguists, and intellectuals were assembled to break Nazi codes. Kept secret for nearly thirty years, we have now come to realize the crucial role that these codebreakers played in the Allied victory in World War II.

Written by Dermot Turing - the nephew of famous codebreaker Alan Turing - this illustrated account provides unique insight into the behind-the-scenes action at Bletchley Park. Discover how brilliant and eccentric individuals such as Dilly Knox, Alan Turing and Joan Clarke were recruited, the social life that grew up around the park, and how they dealt with the ever-present burden of secrecy. Learn about the origins of international intelligence co-operation, as the United States sent representatives from the Army and Navy to learn about the new codebreaking techniques being developed in Britain, and how these experiences shaped efforts to break the Japanese codes. Including a foreword by Professor Christopher Andrew of Cambridge University, author of MI5's official history The Secret World, this book brings to life the stories of the men and women who toiled day and night to crack the seemingly unbreakable enigma code.
Dermot Turing graduated from King's College Cambridge and New College Oxford. He spent his career in the legal profession, most recently as a partner of Clifford Chance. Since 2014 he has moved into a more varied range of activities, including an active role as a trustee of Bletchley Park. Dermot Turing is the nephew of Alan Turing and author of Prof: Alan Turing Decoded (2015) and the well-received X, Y and Z: The Real Story of How Enigma Was Broken (2018).