The Complete Guide to Astrology: Explore Every Astrology of Different Religions (Hardcover) 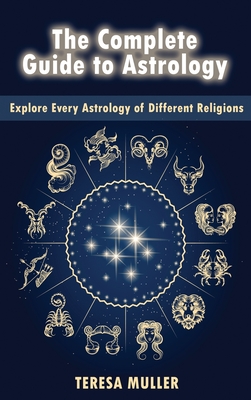 By Teresa Muller
$39.97
Not in stock. At Our Partner Warehouse: Usually Ships in 4-7 Days.

- Do you to learn about astrology of different religions?

- Do you want to explore about astrology and the renaissance?

If so, then keep reading

Astrology is one of the world's oldest systems of knowledge that claims that celestial bodies like the Sun, Moon, and planets have an influence on people's lives. The concept of astrology dates back to ancient times.

Astrology was practiced in ancient Mesopotamia, Egypt, China, and India. In this book you will learn about of astrology of different cultures.

This guide has been designed as a starting point for research involving the Renaissance and Early Modern time period and illumination period and onwards.

Different cultures have their own systems of astrology. Since ancient times, human beings have sought explanations in the skies for events that happened on earth. They observed that the movements of the celestial bodies corresponded with earthly happenings. Astrology as a science developed from this discovery and in the beginning, it was closely allied with astronomy.

Here's what makes this SPECIAL BOOK: