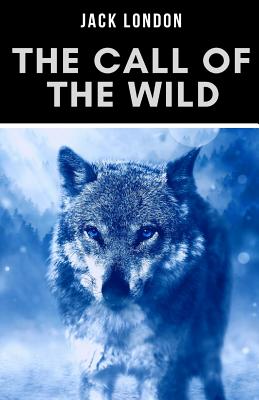 By Jack London
$8.95
Not in stock. At Our Partner Warehouse: Usually Ships in 4-7 Days.

Buck did not read the newspapers, or he would have known that trouble was brewing, not alone for himself, but for every tide-water dog, strong of muscle and with warm, long hair, from Puget Sound to San Diego. Because men, groping in the Arctic darkness, had found a yellow metal, and because steamship and transportation companies were booming the find, thousands of men were rushing into the Northland. These men wanted dogs, and the dogs they wanted were heavy dogs, with strong muscles by which to toil, and furry coats to protect them from the frost. (...) During the four years since his puppyhood he had lived the life of a sated aristocrat; he had a ne pride in himself, was even a trie egotistical, as country gentlemen sometimes become because of their insular situation. But he had saved himself by not becoming a mere pampered house-dog. Hunting and kindred outdoor delights had kept down the fat and hardened his muscles; and to him, as to the cold-tubbing races, the love of water had been a tonic and a health preserver. And this was the manner of dog Buck was in the fall of 1897, when the Klondike strike dragged men from all the world into the frozen North. But Buck did not read the newspapers, and he did not know that Manuel, one of the gardener's helpers, was an undesirable acquaintance.